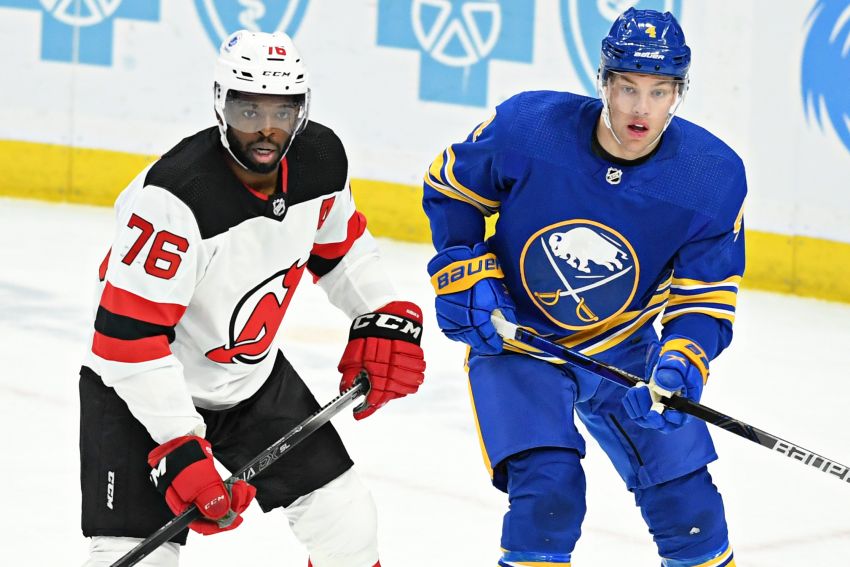 BUFFALO – Winger Taylor Hall, who was added to the NHL’s COVID-19 protocol-related absences list on Feb. 2, is practicing with the Sabres this morning inside KeyBank Center.

The Sabres still have eight players in the league’s COVID protocol. They’re scheduled to host the New York Islanders on Monday.

Update: Hall said he tested positive for COVID-19 but was asymptomatic. He plans to play Monday.

Hall said he wasn’t concerned because he never experienced symptoms.

“I don’t have people at-risk living with me or I wasn’t around people that are at-risk during the time that I was exposed,” he said on a Zoom call following practice. “I wasn’t too worried about it. I know some people can get anxious about that stuff, but for me, I was comfortable with it and did my isolation and came out of it fine.”

The Sabres also added three new players this morning, recalling defenseman Jacob Bryson and forwards Steven Fogarty and C.J. Smith from the Rochester Americans to the taxi squad. They also sent goalie Dustin Tokarski back to the Amerks.

The three recalls played in the Amerks’ 7-3 road win against the Cleveland Monsters on Friday. Smith scored two goals and three points.

Update: The Sabres used the other following lines and defense pairs today:

– Bryson and Will Borgen