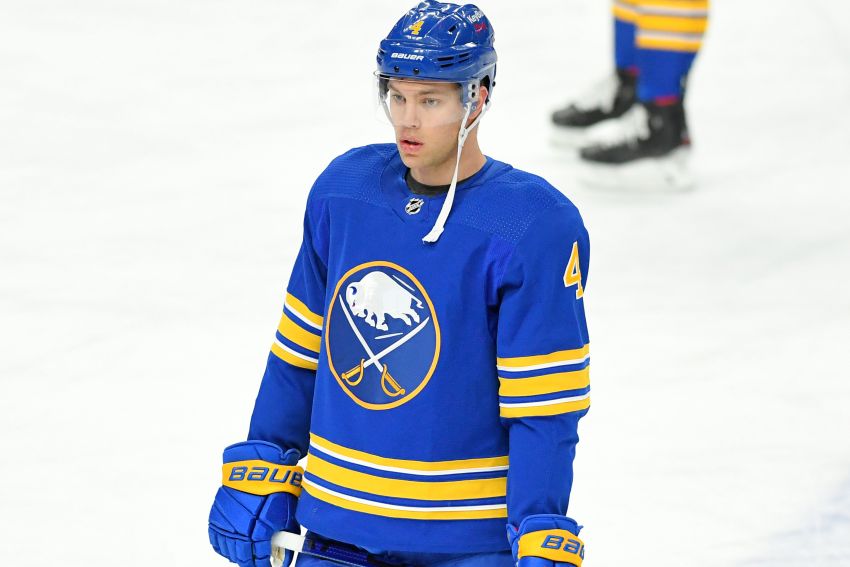 BUFFALO – Taylor Hall knows he’ll feel a little rusty. The winger had to complete a mandatory 10-day quarantine after testing positive for COVID-19. He returned to practice Saturday, giving him just two sessions to prepare for the Sabres’ next game.

Still, Hall, who said he was asymptomatic, plans to play in Monday’s home game against the New York Islanders.

“There’s no better way to get back into it than to throw yourself in and just play,” Hall said on a Zoom call following practice inside KeyBank Center. “I think with doctors and the medical staff we still need to chat a little bit and review some things and all that. But I plan on trying to play on Monday.”

Hall, 29, is Buffalo’s first player to clear the necessary hurdles and return from the NHL’s COVID-19 protocol-related absences list. Eight Sabres remain on it. Hall and defensemen Rasmus Ristolainen were the first Sabres placed on the list Feb. 2. The league also postponed four Sabres games that day.

Hall said he wasn’t worried after he tested positive for COVID because he never experienced any symptoms.

“I don’t have people at-risk living with me or I wasn’t around people that are at-risk during the time that I was exposed,” he said. “I wasn’t too worried about it. I know some people can get anxious about that stuff, but for me, I was comfortable with it and did my isolation and came out of it fine.”

The Sabres’ COVID problems began following their two-game set against Hall’s old team, the New Jersey Devils, on Jan. 30 and 31.

While Hall acknowledged “some frustrations,” he refused to blame anyone for the Sabres’ scary COVID situation.

“At the end of the day, we’re trying to look forward and do the best we can with the situation we were given,” he said. “This was everyone’s first time going through this and there’s going to be mistakes that are not on purpose. We’re all trying our best here, and I don’t think anyone deserves more blame than anyone else.

“But it happened. Sometimes situations like that happen for a reason. I think you’ve seen the protocols that have been put in place around the NHL to make sure this doesn’t happen again and we don’t have more postponements. So it’s unfortunate we were in the middle of it, but we’re going to get through it and we’ll be fine.”

The NHL added a slew of new COVID protocols on Thursday, including POC (point of care testing) for U.S.-based teams.

Hall said he occupied most of his time at home watching Netflix and playing Xbox. Players in protocol aren’t allowed to work out. He and the other Sabres on the absences list also had a text group.

“It’s tough to quarantine for that long but the days go by slow but fast at the same time,” said Hall, who signed a one-year, $8 million contract to join Buffalo. “Like, they just kind blend together.”

Hall said he skated once on his own before spending Saturday’s practice at left wing beside center Eric Staal and Sam Reinhart.

While Hall has registered nine points in 10 outings, he has scored just once, on opening night Jan. 14.

“It’s been a while since I scored,” he said. “I thought my first six games of the year were very good. I felt comfortable with how I was playing. The last four, not so great. But I still believe in myself as what I can do and how I can help the team. And I think you see the weapons that you can play with on this team, and that’s why I wanted to come play here.

“So we’re going to get it together as a team. We’re still right in the middle of the playoff race that is there for the taking.”