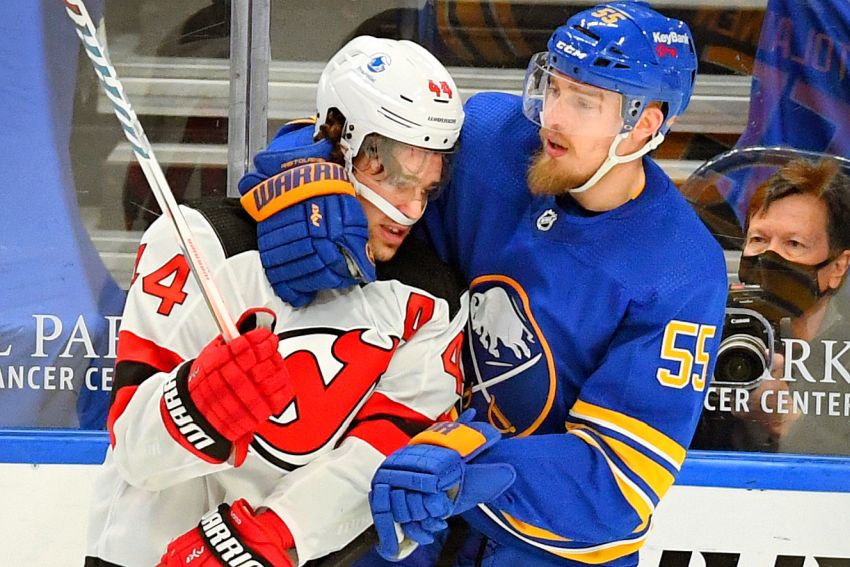 The team’s training facilities will stay closed until further notice.

The NHL said a decision on next week’s Sabres game will be made in the coming days.

On Tuesday morning, the league also postponed the Sabres’ scheduled 6 p.m. road game against the Islanders at Nassau Coliseum so it could conduct proper COVID testing and contact tracing for Buffalo.

A snowstorm battering the New York City area forced the Sabres to change their travel plans Monday and reschedule their flight for Tuesday morning. That late departure, however, wouldn’t have allowed the testing and tracing to be “completed appropriately,” the NHL said in a statement.

The Sabres played games against the New Jersey Devils, who have 14 players on the COVID list, Saturday and Sunday at KeyBank Center. The NHL added five more Devils players to the list Tuesday and removed one.

Four Devils players were added to the list Monday, forcing the NHL to postpone their games through Saturday.

So far, the NHL has postponed 18 games this season. Fourteen teams – all of them in the United States – have been affected.

The Sabres’ next scheduled game is Feb. 11 at home against the Washington Capitals.