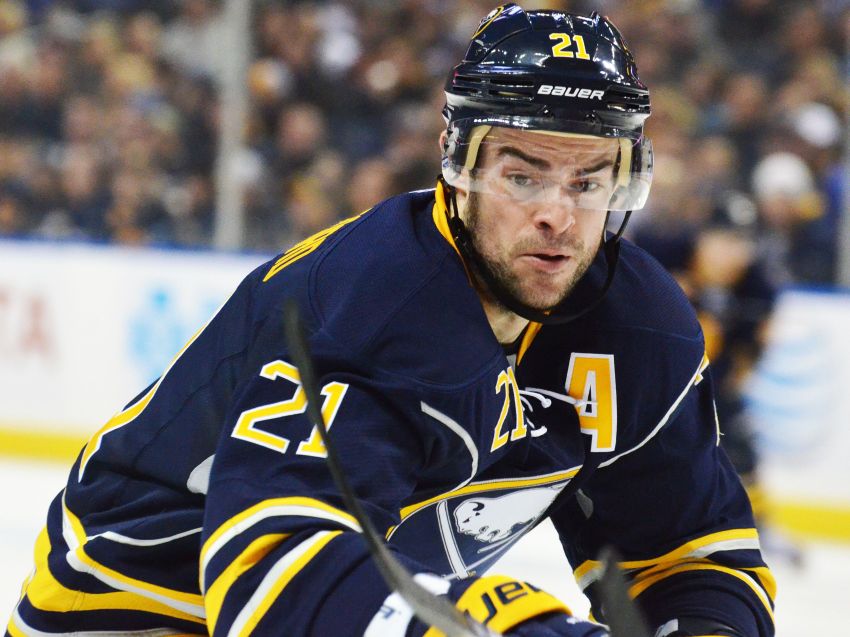 AMHERST – In about 27 hours, the Buffalo Sabres morphed from a tight five-man unit into a disjointed, ugly mess, performing brutally during consecutive losses to the once-hapless Carolina Hurricanes.

So much for all that optimism the Sabres’ hot 2-0 start had generated just several days ago.

Sabres coach Lindy Ruff broke up his lines Saturday and ripped into his team­ on the Northtown Center ice, at one point barking, “Every freakin’ puck is going to go deep! No more of this pond hockey (stuff)!”

The Sabres coughed up the puck, went offside and generally looked out of sync while losing 6-3 on Thursday in Carolina and 3-1 on Friday at home.

“We played pond hockey there,” Ruff said after his team prepared for this afternoon’s tilt against the Capitals in Washington. “The last two games hadn’t been real good hockey. Let’s not kid ourselves.”

A one-line offense is only adding to the Sabres’ problems. The Cody Hodgson, Jason Pominville and Thomas Vanek combination has accounted for nine of the team’s 11 goals. Tyler Myers and Steve Ott scored the other goals, way back on opening day last Sunday.

“It’s not good enough. That’s plain and simple,” Ott said. “Who cares I got one goal? It’s not good enough. We need the secondary scoring from our second, third and occasionally (the fourth line). That’s what makes a strong group to play against. We’ll find that. We’ll work our way into it.”

Ennis centered Jochen Hecht and Patrick Kaleta. Marcus Foligno subbed for Vanek (muscle strain) on the left wing with Hodgson and Pominville, although Ruff anticipates Vanek will play. Vanek’s line will likely be the only trio Ruff keeps intact.

Simply dumping the puck in and zooming after it could be their most effective option entering the offensive zone.

“We got to get rid of the pond hockey, (start) using the speed,” Stafford said. “It seems like they’re making the penalties, more of the interference calls, the obstruction calls where you’re driving a D-man wide. He can’t even get in front of you at all.”

Ott wants the Sabres to get more pucks on net and play tougher “in those hard areas you earn goals.”

“I thought that was kind of the emphasis (Saturday), getting that pond hockey out of our mentality,” he said.

The Ennis line never regained their mentality from late last season, when it appeared the trio would stay intact for a long time.

Ennis immediately developed into a dominant center after switching from the wing. Foligno compiled six goals and 13 points in 13 games following his March recall. Stafford played like the 30-goal scorer from 2010-11.

The two power wingers meshed perfectly with their slick pivot.

“It’s tough,” Stafford said about the line’s demise. “It’s definitely frustrating, especially with the way last year ended. … That’s something we wanted to carry over into the fall. But then you have the lockout. It’s more of a delay. But we still wanted to see if we could pick up where we left off. It hasn’t been there production-wise yet, which is obviously frustrating.”

Ruff watched Foligno up close in Rochester during the NHL lockout. While the 21-year-old mostly played well with the Americans, some of the prospect’s bad AHL habits have accompanied him to the big leagues.

“His game is built on power,” Ruff said about his pointless rookie. “It’s built on getting your feet moving, and I think he’s kind of caught halfway where he wants to kind of pull up and look for a little bit better play. With the pace in the NHL, there isn’t room for that, and I saw a little of that in the American League.

“Just because something worked last year doesn’t mean people aren’t paying special attention to you and realizing this kid or this line did a great job for this team. Some of that’s been taken away.”

Foligno will likely skate somewhere else if Vanek plays.