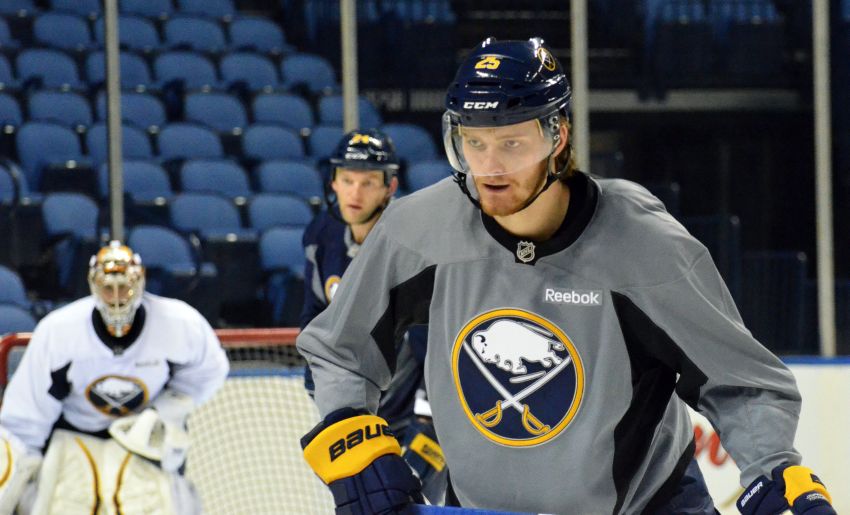 BUFFALO – Top prospect Mikhail Grigorenko, whose entry-level contract kicks in with his next NHL appearance, is practicing with the Sabres this morning inside the First Niagara Center.

The 18-year-old center played his fifth game Sunday, skating a career-high 17:10 in the Sabres’ 3-2 loss in Washington.

The Sabres will use up the first year of the Russian’s three-year contract if he plays Tuesday against Toronto.