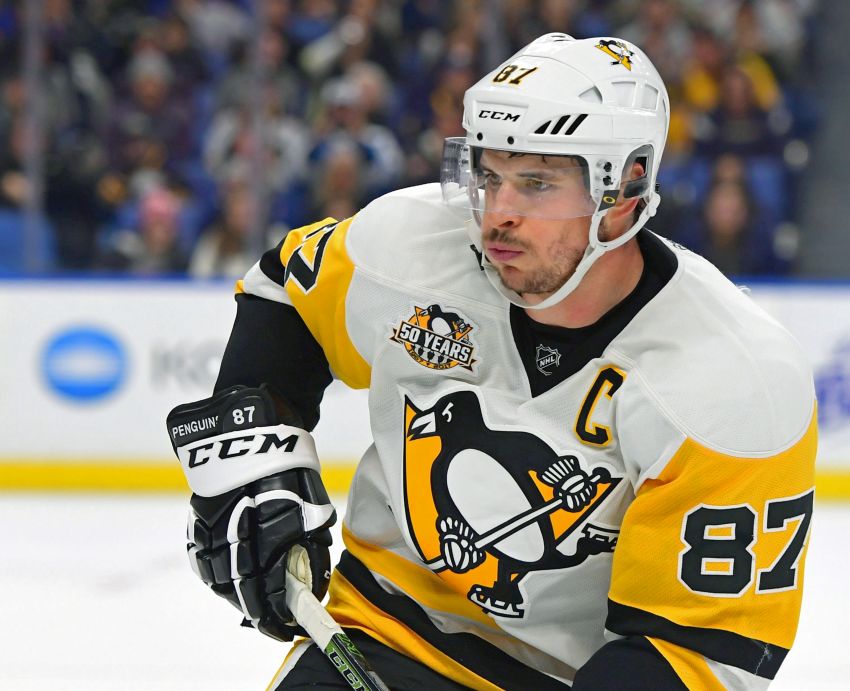 Crosby, 30, has scored zero goals in the last 11 games. If the slick center doesn’t score tonight against the Buffalo Sabres, a team he has dominated over the years, it would equal a career-long goal drought.

Incredibly, the most prolific scorer of his generation hasn’t created much, either, mustering only three assists during his goalless stretch.

Overall, Crosby has five goals, 13 points and a wretched minus-14 rating in 17 games this season, arguably the worst start of his illustrious career.

Of course, the Sabres might be in town just in time for Crosby, who has compiled a whopping 12 goals and 42 points in his last 26 games against them dating back to Dec. 29, 2007. He has a point in 24 of the contests of that torrid run.

“Everybody goes through it, right, even the top teams in the league?” Sabres coach Phil Housley said this afternoon inside PPG Paints Arena. “They’ve played a lot of hockey the last three years. Sometimes that can catch up on as far as their schedule goes early, they had a lot of back-to-backs, a lot of games in a short period of time.”

Of course, the Penguins, like Crosby, own the Sabres. They have a 12-game point streak against the Sabres, who last beat the Penguins in a 2-1 shootout Nov. 17, 2016 in Buffalo.

In lineup news, Sabres defenseman Marco Scandella, who missed Monday’s practice with the flu, skated this morning and will play tonight. Sabres goalie Robin Lehner will start, his 13th appearance this season.

Based on the morning skate, defenseman Victor Antipin and winger Seth Griffith will be Buffalo’s healthy scratches again.

Housley has been preaching a shooting mentality, and he illustrated it with a stat Monday: the Sabres are 5-2-3 when they have 30 or more shots on goal and 0-7-0 when they have fewer than 30.

In other news, the Sabres sent winger Justin Bailey, 22, back to the Rochester Americans on Monday after the youngster recovered from his lower-body injury.