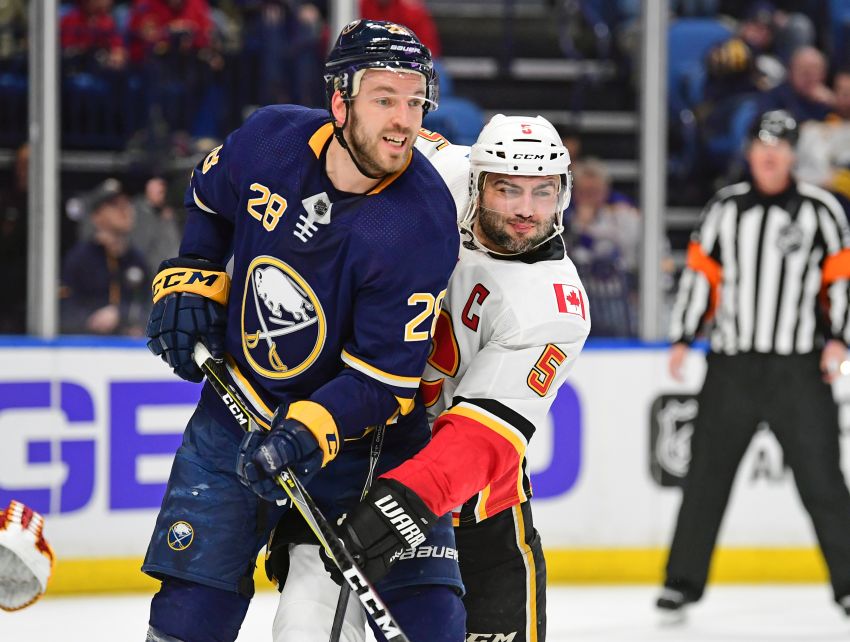 “Zemgus has done a terrific job,” Housley said this morning inside KeyBank Center. “I think with Larsson and him together, they have a unique chemistry, and whoever we put down there with them, they’re almost like a fix-it, so to speak.

With Girgensons out, winger Jason Pominville will return tonight against the Boston Bruins. An undisclosed injury cost Pominville three games after he collided with teammate Rasmus Ristolainen.

But Pilut, who turns 23 on Sunday, struggled in Thursday’s 4-1 loss in St. Louis. So defenseman Nathan Beaulieu, who was playing well before an upper-body injury shelved him five games, will replace the Swede.

In other lineup news, goalie Linus Ullmark is still feeling ill, so the Sabres recalled Scott Wedgewood from the Amerks this morning.