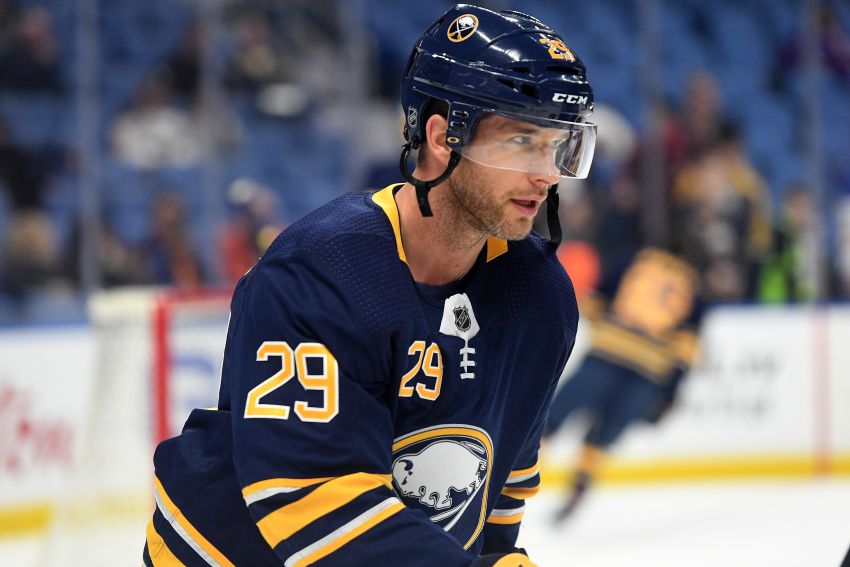 BUFFALO – Of all the guys Sabres winger Jason Pominville could’ve collided with two weeks ago, it had to be 6-foot-4, 215-pound defenseman Rasmus Ristolainen.

“(I) end up hitting pretty much a Finnish wall over there,” the 5-foot-11, 180-pound Pominville said following this afternoon’s practice inside HarborCenter. “So it’s a tough guy to hit if you’re going to pick one.”

Pominville has missed three straight games since his teammate accidentally steamrolled him during a line change Dec. 18. The Sabres haven’t revealed Pominville’s injury.

Naturally, Pominville said he and Ristolainen “just never really saw each other.”

“It’s a tough guy to hit if you’re going to pick one,” Pominville said.

Pominville, 36, could return for Saturday’s tilt against the Boston Bruins at KeyBank Center. He practiced today beside center Vladimir Sobotka and Tage Thompson.

“The way the lines were set up today, I would expect to be playing,” Pominville said.

Still, the Sabres had four days off for Christmas before Thursday’s 4-1 loss in St. Louis.

“We haven’t had a lot of practice time coming off the break,” Sabres coach Phil Housley said. “He had a good practice today. I liked the way he responded out there, so he could be a possibility to play tomorrow.”

Pominville’s durability has been a huge asset throughout his Sabres career. Only a concussion he suffered early in 2010-11 cost him any notable time, just nine games.

But he has endured two injuries – an upper-body ailment cost him two contests earlier this month – in a short span.

‘It was a tough stretch, unfortunate couple injuries,” said Pominville, who has missed five of the last 11 games. “But what can you do? It’s part of the game. I guess I’ve been lucky enough to not have to deal with this too much. It’s kind of caught up in a couple-week span. But it’s good to be back.”

Winger Scott Wilson, out since breaking his ankle late in training camp, skated on some line rushes today.

“I like how he’s getting close and getting ready,” Housley said.