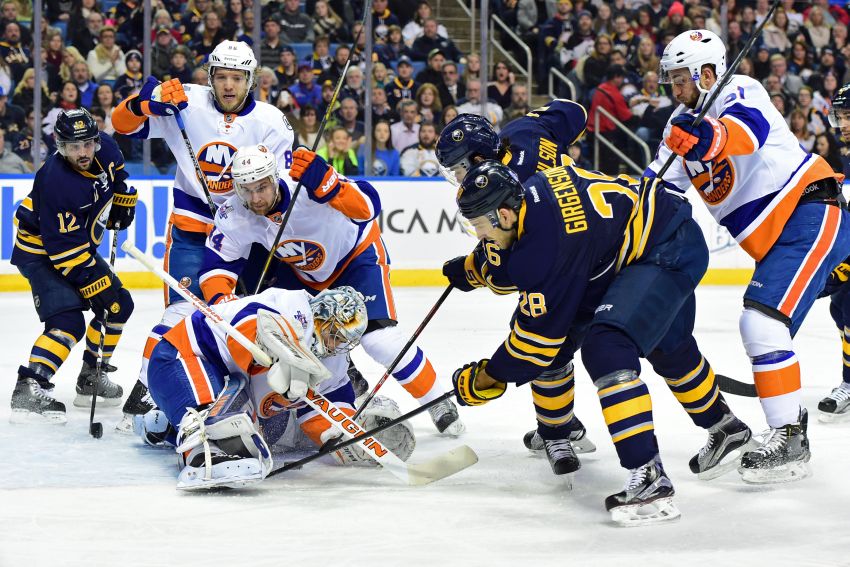 BUFFALO – Sabres winger Zemgus Girgensons, out the last four games with an upper-body injury, practiced this morning inside HarborCenter beside center Jack Eichel and Matt Moulson and should play in Monday’s road game against the New York Rangers.

Girgensons, 22, has struggled offensively this season, compiling only three goals and eight points in 40 games. Still, the Latvian, who showcased some chemistry with Eichel before getting hurt, said his confidence is “up there.”

“I’ve never really been down on my confidence,” said Girgensons, who has only one goal in his last 19 games. “It’s been tough so far with the points, but I think my game overall has been pretty good.”

In other news, defenseman Josh Gorges, out two of the last three games with an upper-body injury, practiced today and could play on the Sabres’ two-game trip if he continues to progress, coach Dan Bylsma said. The Sabres also play Tuesday in Ottawa, the final game before the NHL All-Star break.

Meanwhile, winger Nick Deslauriers (lower body) skated on his own today and could start practicing after the break, Bylsma said. Winger Tyler Ennis (upper body) hasn’t started skating yet and is still week-to-week.