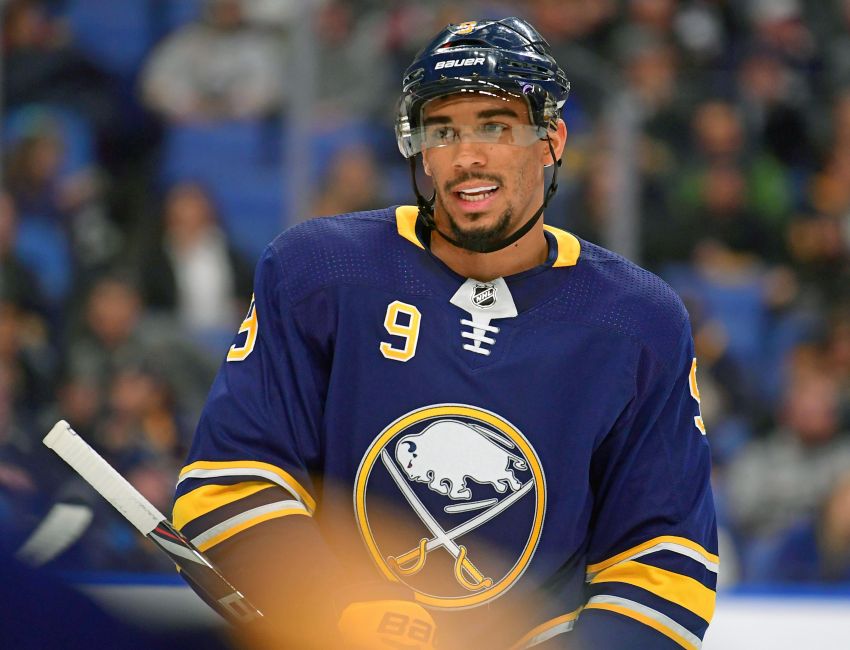 The San Jose Sharks officially re-signed Kane, who would’ve become an unrestricted free agent July 1, to a seven-year contract today worth $49 million, according to capfriendly.com. In keeping Kane, 26, the second-round pick in 2019 they dealt the Sabres on Feb. 26 becomes a first-rounder.

The pick is lottery protected, so if the Sharks miss the playoffs next season, it would be moved to 2020.

The Sharks also dished the Sabres center Danny O’Regan and a conditional fourth-rounder in 2019 in the deal, the only legitimate offer they had for Kane, general manager Jason Botterill said at the time.

Right away, Kane, whose early tenure in Buffalo was marked with off-ice incidents, meshed with the Sharks, compiling nine goals and 14 points in 17 regular-season games. He scored four goals and five points in his first nine NHL playoff appearances.