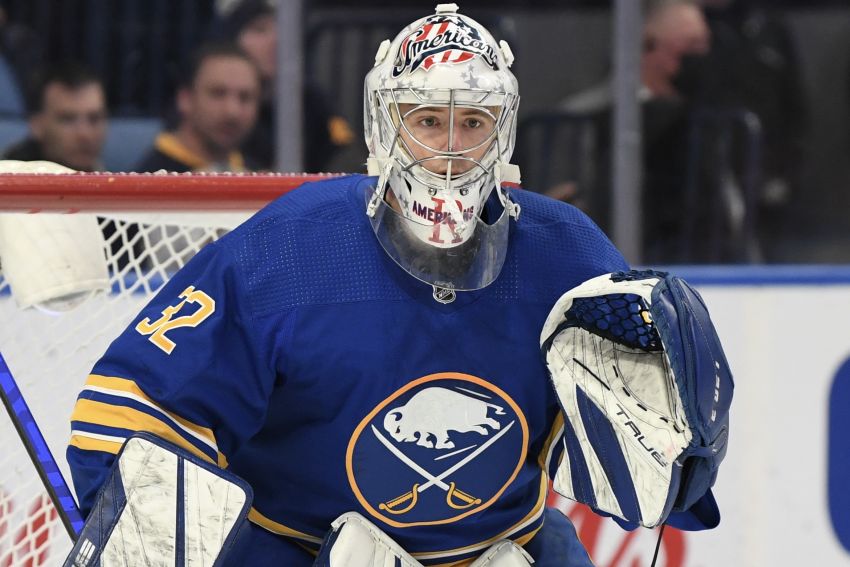 The Sabres, who are off for the NHL All-Star break, don’t play again until Feb. 10. Krebs and Samuelsson have been regulars for the Sabres over the past several weeks. Both played in Tuesday’s 5-2 road loss to the Vegas Golden Knights.

The Amerks host the Charlotte Checkers tonight and Friday and play a road game Saturday against the Toronto Marlies.

Houser, 29, entered the NHL’s COVID-19 protocol Friday, a day before he likely would’ve started the Sabres’ road game against the Arizona Coyotes.

If Houser goes unclaimed, he will likely be assigned to Rochester, where he played 11 games earlier this season.

Update: Houser went unclaimed and on Thursday was assigned to the Amerks.

The Sabres signed Houser to a two-way contract January 12, hours after losing goalies Ukko-Pekka Luukkonen and Malcolm Subban to injuries in the same game.

Houser started two games for the Sabres, compiling a 2-0-0 record with a 2.00 goals-against average and a .948 save percentage. He was the sixth goalie to play for the Sabres this season.

Sabres coach Don Granato said on a Zoom call Saturday the positive test was “very emotional” for Houser, who has spent most of his career in the ECHL.

“You clearly see he dreamt it a lot,” Granato said of Houser playing in the NHL. “A lot of nights thinking about the hope to be in the NHL and this cut him right out of a great opportunity. And he’s been doing well. His record has been strong and his play has been strong.”