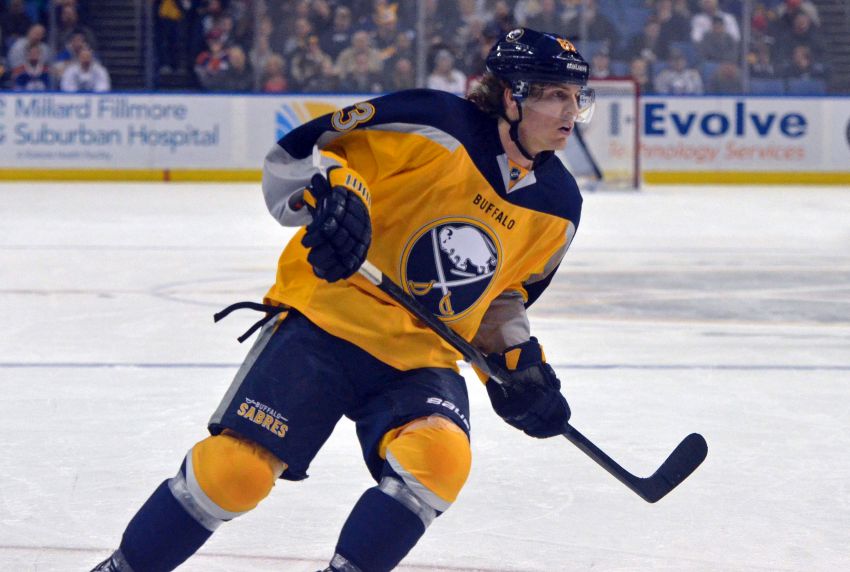 Tyler Ennis has been a center for about a year. ©2014, Dan Hickling, Olean Times Herald

BUFFALO – Tyler Ennis is often the Sabres’ only offensive threat. So why did coach Ted Nolan switch the speedster from center to right wing beside Zemgus Girgensons and Matt Moulson today?

“When you run into obstacles, you don’t stop and quit, and you got to find a way to get over around it or through it,” Nolan said this afternoon inside the First Niagara Center.

Nolan believes it could ignite Moulson, who has only one goal.

Nolan made one other surprising move today, putting Drew Stafford, a winger his entire career, at center between Nick Deslauriers, Cody Hodgson and Patrick Kaleta, who could play Tuesday.