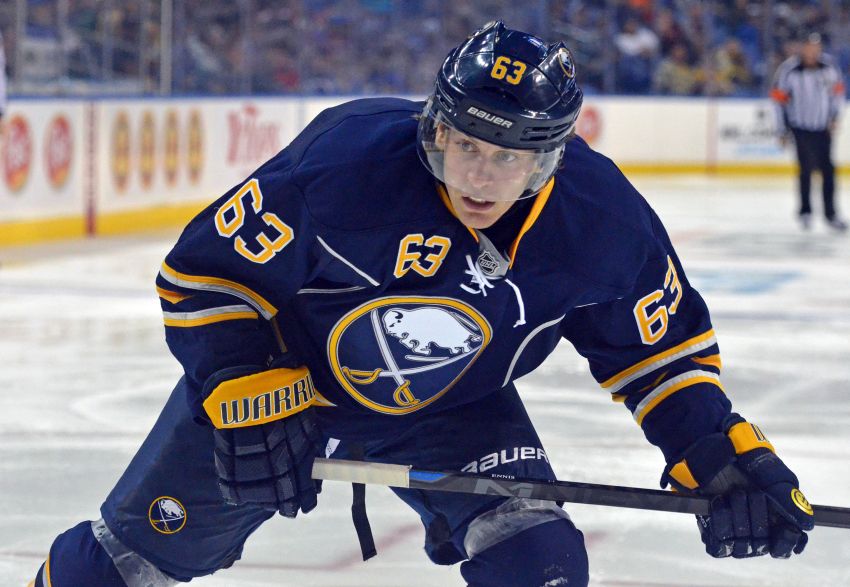 BUFFALO – After time expired Friday in the Sabres’ 3-2 loss to Edmonton, center Tyler Ennis skated over to linesman Derek Nansen and tapped the official with his stick.

“I was a little frustrated,” he said this morning inside the First Niagara Center. “I just went to go talk to the linesman and tap him on the bum lightly. But I got his hand a little bit and he was a little upset, so I went and apologized after the game to him and the referees. I kind of just said I shouldn’t take my frustrations out on them, because they’re just doing their job.”

As Puck Daddy wrote, the league could have suspended Ennis.

“We’re fragile sometimes and emotional things happen,” Sabres coach Ted Nolan said. “Fortunately, it wasn’t too bad. It was just one of those learning things that we have to control our emotions at all time.”

Superstar Sidney Crosby and the high-powered Penguins have won six straight games. The Sabres are the league’s worst team.

Tonight could get ugly. The Penguins have outscored the Sabres 17-2 during a four-game winning streak!

“Hopefully,” Weber said, “we come back a little bit more pissed off after a loss to the Oilers.”

Nolan’s glad the Sabres can play just hours after their awful effort against the hapless Oilers.

“I think that’s the best way to do it,” he said. “Sometimes … you have all week to liquor your wounds, sometimes they’re nice and fresh. You know what you did, and you know what you have to do to be better.”

Crosby has an 18-game point streak against the Sabres that began Dec. 29, 2007, three days before the teams played each other in the Winter Classic. The ultra-slick center has 10 goals and 31 points in that span.

“For the most part, the ice is always good,” Crosby said about playing here.