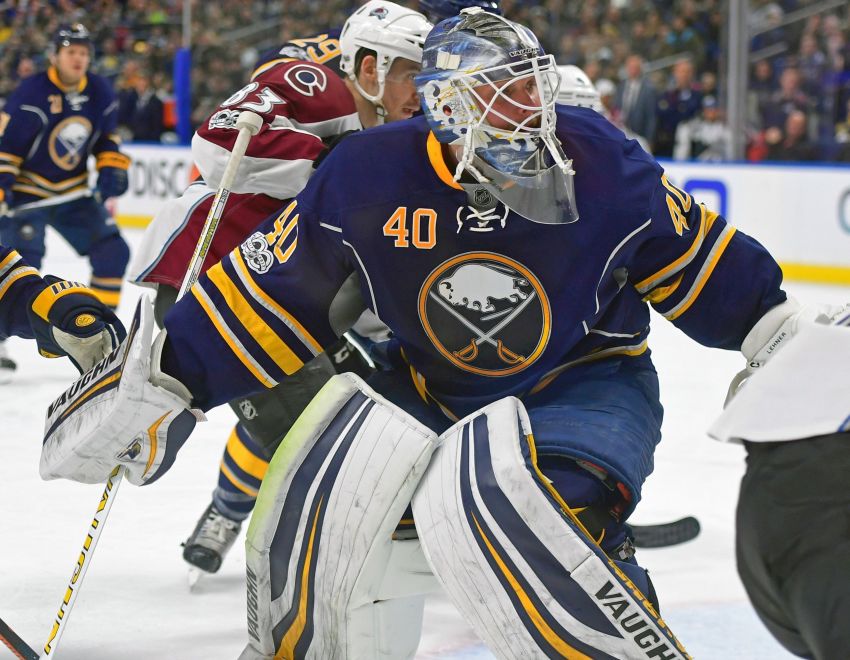 BUFFALO – For a seventh-place team, the Sabres have showcased a lot of resiliency this season, rebounding from tough losses with some notable victories against the NHL’s top clubs.

Fresh off Sunday’s demoralizing 4-3 loss in Pittsburgh, a game in which they blew a three-goal lead, the Sabres have another opportunity tonight against the Philadelphia Flyers at KeyBank Center.

“It’s going to be the tale of the game, is us rebounding from the emotional hit from the last game,” Sabres coach Dan Bylsma said this morning. “I talked about it, we addressed it at different times with different games, our rebound situation. You got to take the temperature early on in this game of where we’re at how we’re responding to a few days ago.”

The Sabres have endured some rough losses in the last 10 days, blowing three third-period leads and losing. Sooner or later, you almost expect them to quietly fade. They’ve hovered around .500 for months. They’re 1-4-2 in their last six games.

But to their credit, the Sabres usually bounce back with some wins. How do they do it?

“We have internal reflection,” Sabres center Ryan O’Reilly said. “I think for myself, I have to be better in certain areas in managing the puck and doing little things better I really don’t think I’ve been good enough.”

– Sabres center Ryan O’Reilly has eight goals and 23 points in his last 20 home games. O’Reilly, despite his claim he hasn’t been good enough, also has three goals and six points in the last four games and a goal in three straight contests.