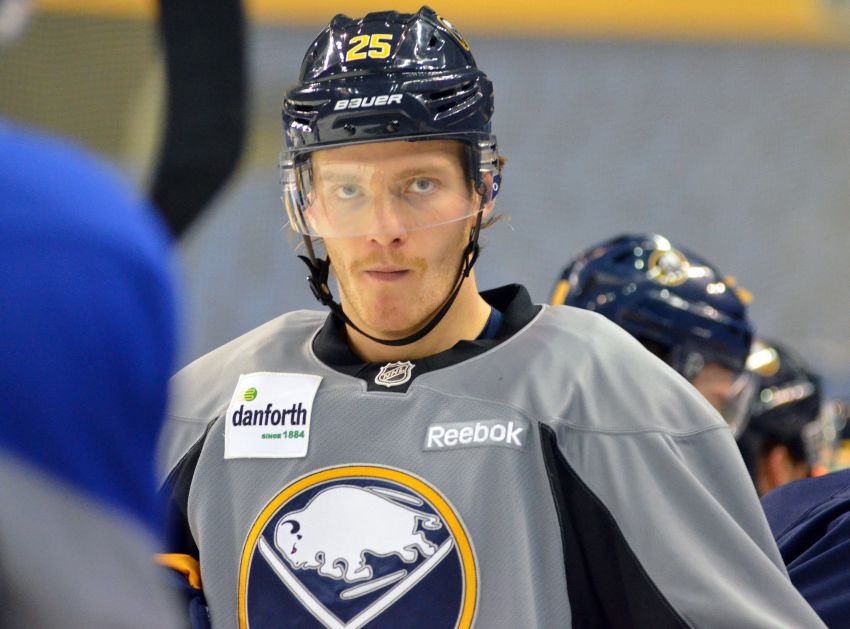 “He sees the ice very well,” Nolan said this afternoon following practice inside the First Niagara Center. “He’s a big man. He has a tremendous shot.”

But Nolan also sees “a young kid” within all that talent.

“A young kid that’s finding his way,” he noted.

That’s why Nolan’s exercising patience with the rookie, who’s pointless in two appearances under the new coach.

“It all comes to maturity before he’ll be able to really demonstrate that skill set at the National Hockey League level,” Nolan said. “Since we put him with (Zemgus) Girgensons and Luke Adam, they seem to be age group where they feel comfortable with one another. So I like what I saw, and we’ll continue to evaluate.”

Grigorenko’s compete level has been questioned throughout his 42-game NHL career.

“He’s competing. He’s trying,” Nolan said. “As long as you compete and you try, you got to like it.”

Nolan wasn’t even playing Grigorenko at first. He scratched the Russian twice before the NHL denied Grigorenko’s conditioning assignment to Rochester.

Grigorenko then approached Nolan and Pat LaFontaine, the president of hockey operations.

“I just told them, ‘You never saw me play,’ which is true,” Grigorenko said.

He added: “That gives you confidence, through all game long you play with the same players.”