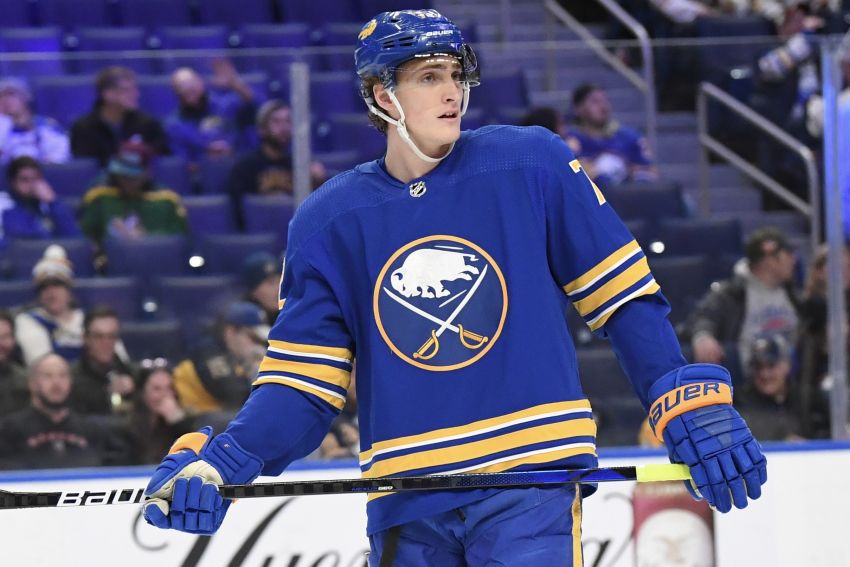 “Which we were thankful to hear,” Adams said on a Zoom call Tuesday.

If Monday’s contest against the Columbus Blue Jackets hadn’t been postponed because of COVID-19 concerns, Adams said Thompson would’ve been a game-time decision. The Sabres’ four-day COVID/Christmas break will give Thompson time to rest.

“This break will be beneficial for him,” Adams said. “He had a couple little things, other than this one … that have been nagging him.”

After struggling to stay in the lineup at times, the 6-foot-7 Thompson took off after Granato moved him to center at the end of training camp. So far this season, he has scored 10 goals and 18 points in 30 games.

“If you think about where he was last year right before training camp started to where he is today, (it’s a) pretty incredible trajectory he’s been on,” Adams said. “So hopefully these few days can get him a little bit rested and healthy and back at it because he plays big minutes for us. …

“I give Donny Granato and the coaching staff a lot of credit. Having him play center has been … huge for our organization, having a player his size and skill up the middle and he’s continued to get better, in my opinion, as the year has gone on.”