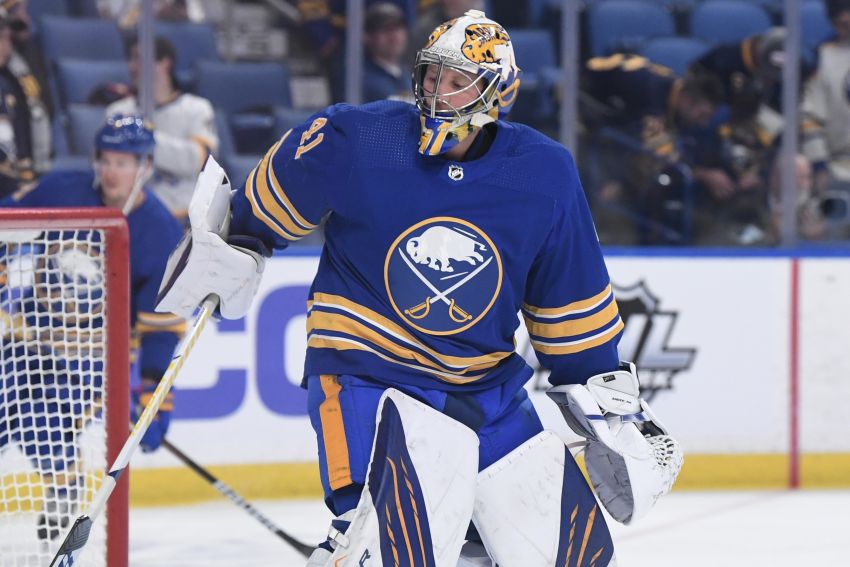 Still, the Sabres sorely need Anderson, who compiled a 4-2-0 record with a 2.50 goals-against average and a .921 save percentage while starting six of the first nine games this season.

The American, 40, hasn’t played since suffering an upper-body injury Nov. 2. On the injury report the released last week, the Sabres listed him as month to month.

Anderson, however, has been skating and is “doing much better,” Sabres general manager Kevyn Adams said.

“He’s started to turn a corner,” Adams said on a Zoom call Tuesday. “With his injury, it’s every day you have to kind of reevaluate and see where he’s at. But there is hope that he’s on a better path right now.”

The Sabres have missed more than Anderson’s goaltending exploits over the past seven weeks.

“I have to say what an unbelievable veteran he’s been with this team,” Adams said. “And we dearly missed him when he went out of the lineup, not just because of the play that he had, but there were times where … he was backing up, he was like having a coach on the bench. He was talking to the defensemen, pointing things out. That’s really powerful when it comes from your own teammate. And we’ve missed that.”

In addition to Anderson, center Casey Mittelstadt (upper body) and defensemen Robert Hagg (lower) are listed as month to month on the injury report. Adams hopes all three can return this season.

“Casey, man, he worked extremely hard to get himself back,” Adams said of Mittelstadt’s first injury. “And I thought (he) played very well … All indications are that he’ll be back and ready to go, we’re not sure exactly when, but that’s our goal.”

“Hagger is a warrior,” Adams said. “I mean, he’s played really hard for us. He competes at a high level. I just talked to him this morning. He’s doing a lot better even than he was a few days ago.”