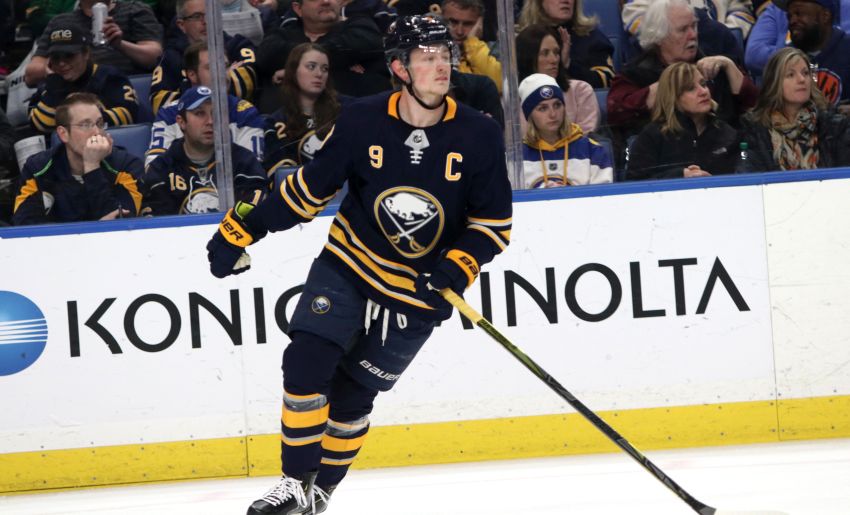 BUFFALO – Just days before Phil Housley’s dismissal, captain Jack Eichel was adamant the Sabres’ woes should be pinned on the players, not the coach.

Eichel’s words, which he repeated this morning, couldn’t save Housley, who was fired Sunday after the Sabres’ sorry finish.

“I’ve said this to you guys before, it’s on as players to do better on the ice every night. The product on the ice hasn’t been good enough. That falls on nobody but ourselves.”

Sabres defenseman Zach Bogosian said: “I don’t think it has anything to do with him as a coach.”

They’ve missed the playoffs every season, never experiencing any team success other than the Sabres’ 10-game winning streak and brief run earlier this season.

The Amerks play a road game against the Cleveland Monsters tonight.

One thought on “Sabres surprised by Phil Housley’s firing, believe players at fault”