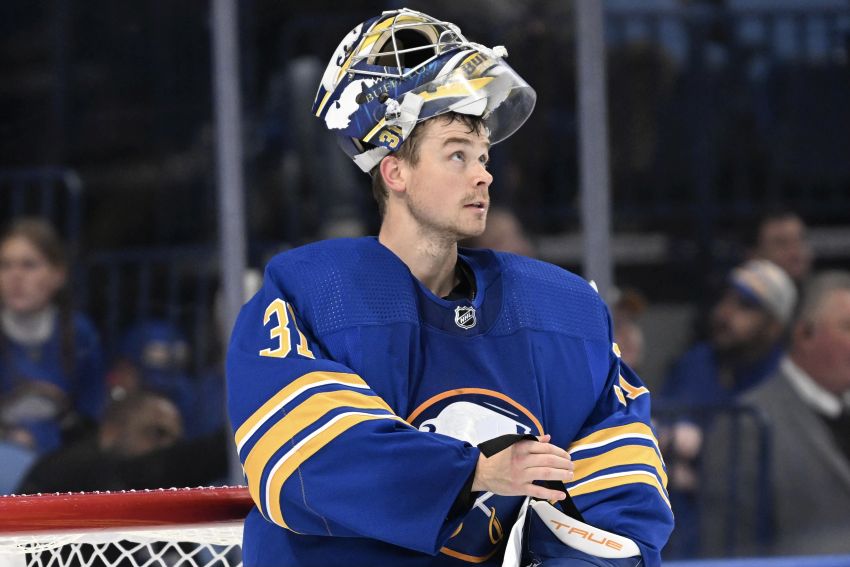 The Buffalo Sabres on Saturday sent goalie Eric Comrie, who suffered a lower-body injury on Nov. 16, to the Rochester Americans on a conditioning assignment.

Comrie, who has missed the last 17 games, started practicing again in mid-December. He can stay with the Amerks for a maximum of 14 days, according to the collective bargaining agreement.

The Amerks play a road game on Saturday afternoon against the Toronto Marlies.

Comrie began the season as the Sabres’ No. 1 goalie, his first stint as an NHL starter. In 11 games this season, he has compiled a 4-7-0 record with a 3.62 goals-against average and an .887 save percentage.

In his absence, rookie Ukko-Pekka Luukkonen has been handling the bulk of the Sabres’ goaltending duties.

Comrie, who signed a two-year, $3.6 million contract to join the Sabres in the offseason, last played in the AHL in 2020-21.