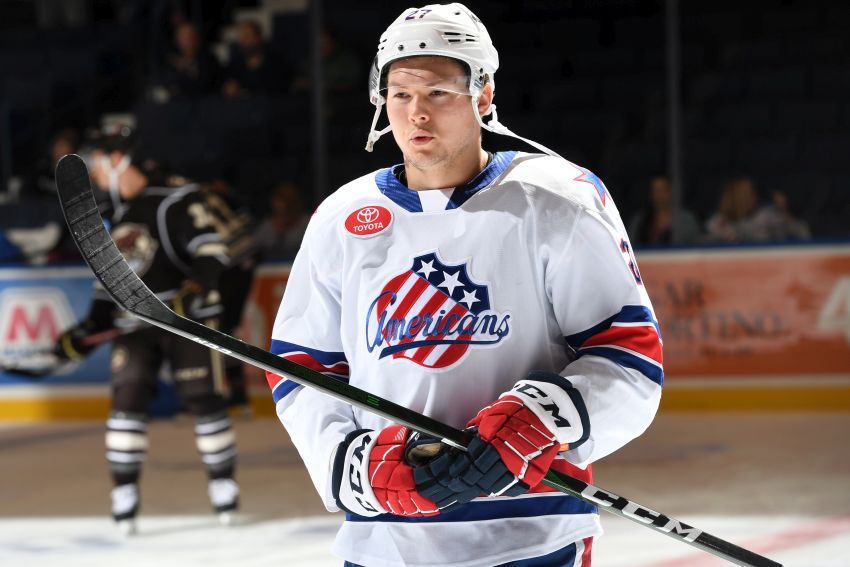 BUFFALO – The Sabres sent winger Curtis Lazar, a healthy scratch the last four games, back to the Rochester Americans this morning.

The Sabres’ decision to start utilizing 11 forwards and seven defensemen essentially pushed Lazar out of the lineup.

With winger Kyle Okposo back practicing after suffering a concussion last month, Lazar was no longer needed.

The Sabres still have center Jean-Sebastien Dea up from the Amerks.