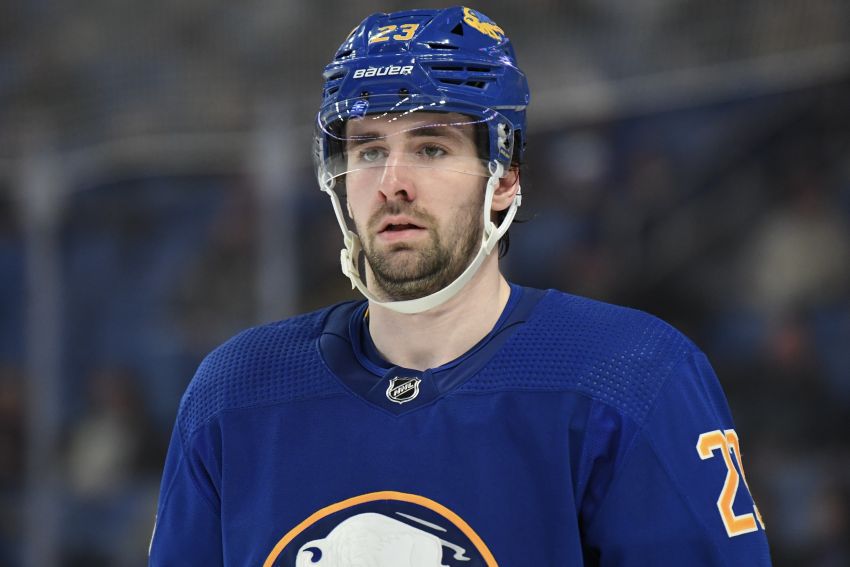 “He’s day-to-day,” Granato said this morning inside KeyBank Center. “He could be potential for tonight, but I don’t expect him tonight.”

The rookie did not skate this morning.

Update: Samuelsson is out tonight.

Samuelsson, 22, has quickly become one of the Sabres’ steadiest defenders, entrenching himself on the blue line as a rookie. In his last nine games, he has recorded four assists and a plus-8 rating while averaging 20 minutes, 48 seconds of ice time.

In other news, Granato said goalie Craig Anderson will start tonight, his 22nd nod this season.

The Sabres, fresh off Monday’s thrilling 6-5 road, a contest in which they rallied from a four-goal deficit, have a six-game point streak (4-0-2). They haven’t earned a point in six straight outings since Oct. 3 to 14, 2019.

Sabres winger John Hayden, out the last five games after testing positive for COVID-19 last week, skated with his teammates this morning. He won’t play tonight.