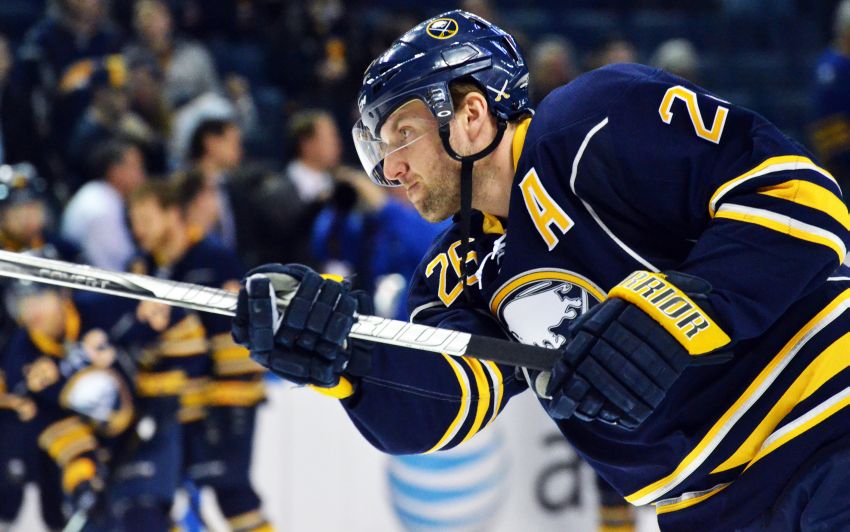 “He’s a little bit better but still going to be day-to-day, what he can tolerate,” interim Sabres coach Ron Rolston said Wednesday inside the First Niagara Center. “He’s certainly a possibility.”

The team bus dropped Pysyk off in Buffalo on the way home. The 21-year-old then flew to Baltimore on Sunday morning before taking a cab to Washington.

Through two games, the Sabres’ 2010 first-round pick has played well, averaging 15:06 on the ice.

So far, Pysyk’s first taste of the NHL has been surreal.

“I just sort of took a step back and look, just think where you are at the time and realize you’re achieving one of your goals and you’re on your way,” Pysyk said. “I just want to do everything I can to stay up here.”

Sabres winger Steve Ott on Rolston, who took over for Lindy Ruff a month ago Wednesday: “I really like his structure. His details of coaching are exceptionally well. He’s very mindful in the way that he kind of explains everything. Every single day our video sessions are very crisp and sharp. Those teaching aspects of Ron’s qualities I think are very, very high.

“As he adjusts to being an NHL coach, I’m sure he’s continuing to get better just like we are.”

According to the Rochester Democrat and Chronicle, the Amerks and the Rochester Institute of Technology’s men’s and women’s hockey teams will each play an outdoor game at Rochester’s Frontier Field, home of the AAA Red Wings, next season.