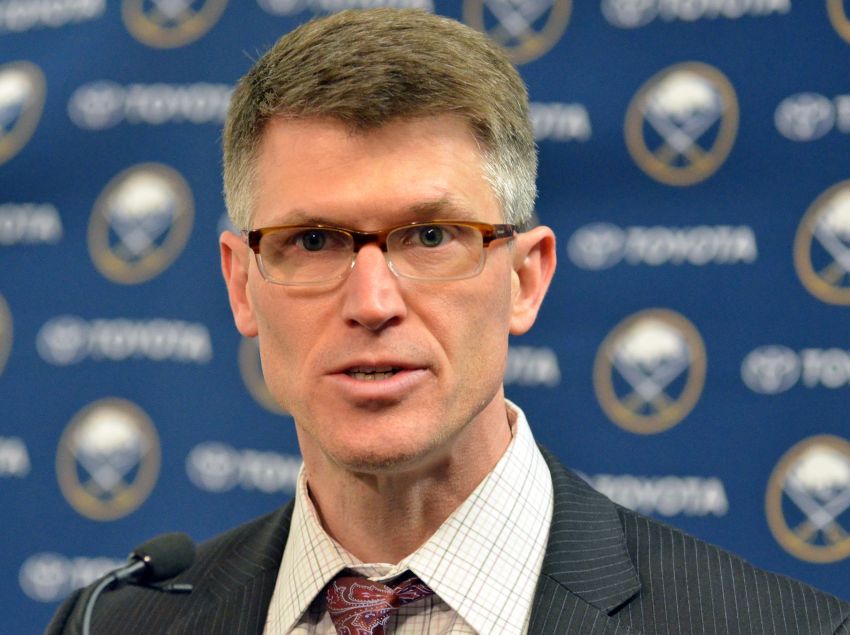 “It’ll definitely be in the mindset,” Rolston, who was fined a reported $10,000 by the NHL for his role, said Wednesday prior to the Sabres’ 3-0 exhibition win over the Columbus Blue Jackets. “They don’t want altercations like that and how it escalated. They are just concerned with that and want all coaches in the future to be mindful of that.”

“I’m not going to go into a long explanation on it,” Rolston said inside the First Niagara Center. “It’s part of what they do, and they have to make a decision on what’s best for the league. Those are things we can control.”

Sabres general manager Darcy Regier, who spoke to a couple of the league’s higher-ups, said the fine surprised him.

“I think there was concern about the incident on a league level,” he said.

Rolston said Tropp suffered a broken jaw and a concussion and is out indefinitely. He estimated the winger might be sidelined five or six weeks. Tropp has already recovered from the concussion, he said.

Does fining a coach for leaving a player on the ice that had played throughout the game set a dangerous precedent?

“I’m sure he’s pretty excited to be missing the rest of the preseason,” he said. “Let’s be honest here.”

Tropp, meanwhile, was having a strong camp and likely would’ve cracked the Sabres’ opening-night lineup. The 24-year-old missed most of last season after tearing up his knee playing for Rochester opening night.

Rolston said Tropp was “in the right mindset” this year.

“I think that’s one of the most unfortunate things about the incident in Toronto is the fact that he missed the whole year last year with an injury,” Rolston said.