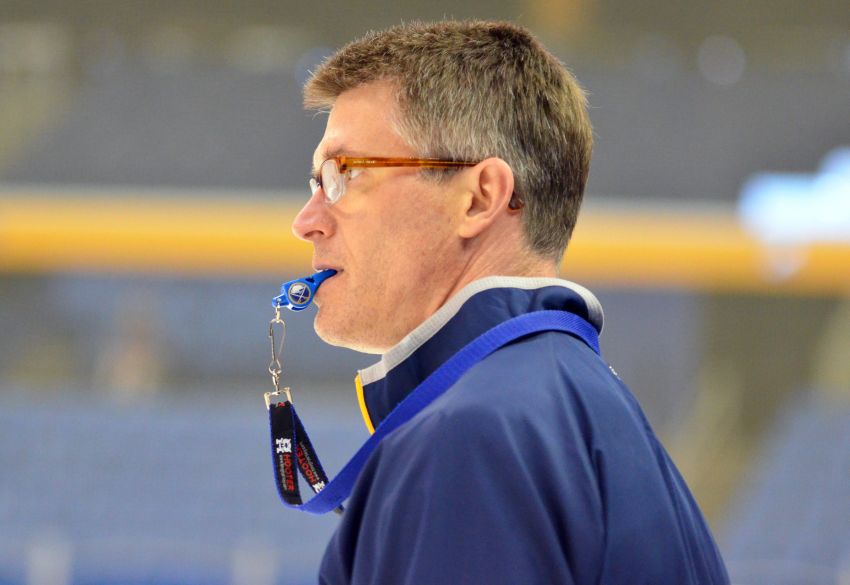 BUFFALO – The NHL has fined Sabres coach Ron Rolston an undisclosed amount for “player selection and team conduct” in Sunday’s brawl in Toronto.

Leafs coach Randy Carlyle, who had the last line change, said he put skill on the ice to diffuse the situation.

The Sabres didn’t like that Devane, who’s five inches taller than Tropp, knocked out and bloodied the winger.

“While we acknowledge that Kessel’s initial motivation was self-defense, he persists and swings his stick again, even having escaped the immediate threat from Scott,” NHL discipline czar Brendan Shanahan said in a video explaining the suspension.

Shanahan said Kessel, who had never been suspended in his seven-year career, had a similar slashing incident last week.

Kessel later gathered up his equipment and returned to spear Scott, although Shanahan didn’t mention that incident in the video.

The Sabres, who had today off, host the Columbus Blue Jackets on Wednesday at the First Niagara Center.

Defenseman Drew Bagnall and forward Matt Ellis cleared waivers Tuesday and will report to Rochester. Ellis is the Americans’ captain.