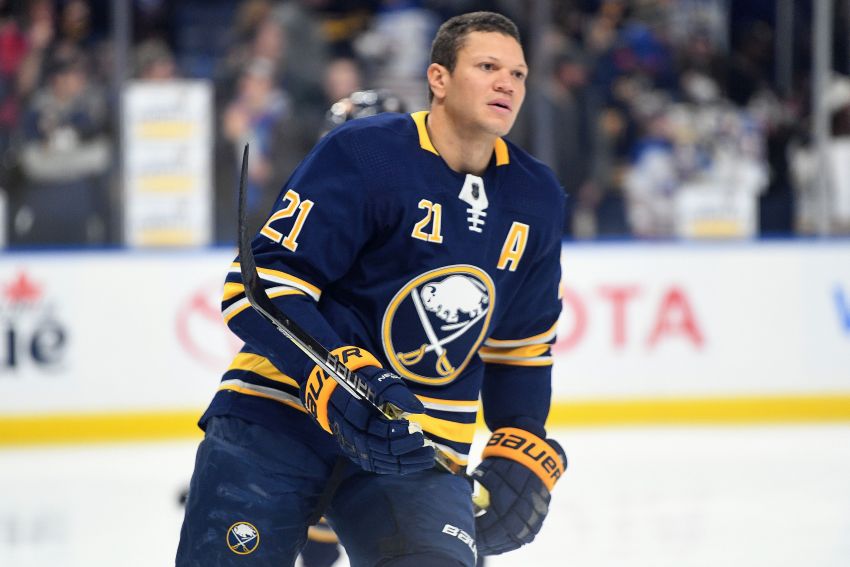 BUFFALO – When you rattle off win after win, especially in dramatic, come-from-behind fashion, the euphoria of victory can often overshadow any problems that materialize.

The Sabres morphed into a powerhouse during their recent 10-game winning streak, earning nine one-goal victories and roaring back from late deficits again and again.

Those thrilling wins probably hid some of their deficiencies and allowed other problems to creep into their game.

“We just probably should’ve done a better job during that win streak of really taking an honest look and fixing some things as we go,” Sabres winger Kyle Okposo said Sunday.

After their most rollicking stretch in more than 12 years ended, the Sabres lost four one-goal contests (0-2-2) before imploding Saturday afternoon, allowing six unanswered goals in a 6-2 loss to the Philadelphia Flyers at KeyBank Center.

“That can’t happen,” Okposo said of the Sabres’ fifth straight loss. “We’ve been pretty good at home this year. I think that that game might’ve been coming for a little bit. That’s unacceptable. We’ve addressed it and we feel like we have a pretty good plan in place for how to deal with it and how we’re going to come out on Tuesday (against Los Angeles).”

The Sabres rank third in the Atlantic Division with 38 points. Still, before their Nov. 29 tilt in Tampa Bay, they trailed the first-place Lightning by one point. Today, they’re nine points behind the Lightning.

“We’re in a good position, and it’s not to discount anything we’ve done over the first 30 games, but we probably were trending in the wrong direction,” Okposo said. “You could say before the last game it didn’t feel like we had lost four in a row, but there were some signs that we weren’t going in the right direction.

“We should’ve nipped it earlier but we’re here now and we’re addressing it and we’re going to fix it.”

Sabres winger Sam Reinhart said: “We feel a couple things have crept in our game more than we’d like. Maybe it did happen at the end of the streak, but the most important thing there was we were finding ways to win.”

The Sabres found ways to win because they developed supreme confidence to complement a foundation they had built, Okposo said.

“No matter what happened, we had this confidence that we were going to pull through and win the game,” Okposo said. “That’s something that comes and goes. But the foundation and the way we need to play, that shouldn’t come and go. That started to crack a little bit.

“You have to control the things you can control, that’s our work and our attitude.”

So what deficiencies have crept into the Sabres’ game?

“Our overall urgency on the puck,” Reinhart said. “I think we’re giving too much time and space to opposing teams. There’s so much skill in this league, when you do that, teams are going to make plays. I think reloading on top of guys, closing on guys quicker in our own end and helping our goaltender is important.”

If Ullmark hadn’t bailed his teammates out, the Flyers could’ve blown the doors off the Sabres.

The Sabres’ checking and defensive zone play was awful.

Those players comprise the Sabres’ first line. Over the season, they’ve scored 37 of the team’s 88 goals, a whopping 44 percent.

Instead of practicing Sunday, the Sabres held a team meeting. Only a few players skated. Goalie Carter Hutton, who missed Saturday’s game with an upper-body injury, went on the ice.