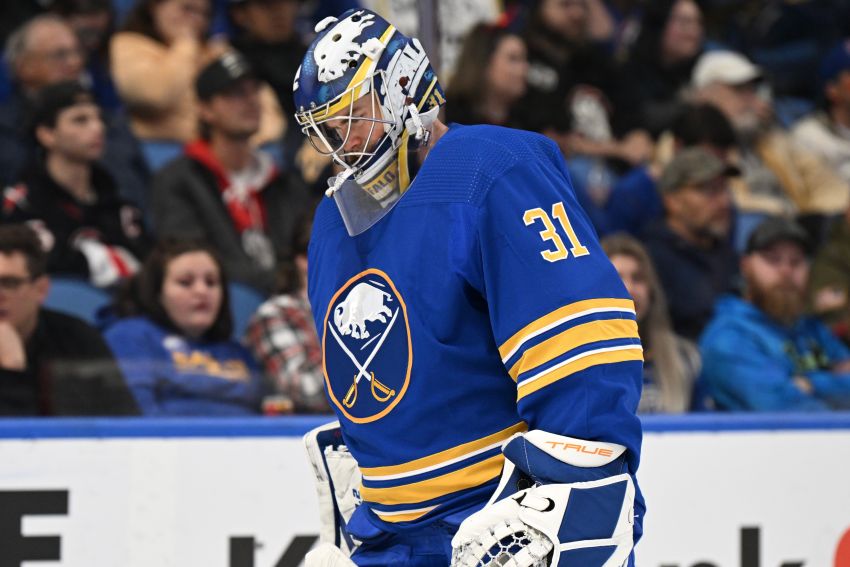 BUFFALO – Sabres general manager Kevyn Adams said there’s an outside chance defenseman Mattias Samuelsson, who has missed the last 12 games recovering from a lower-body injury, could return for Saturday’s road game against the Toronto Maple Leafs.

Samuelsson, 22, practiced today beside Henri Jokiharju at KeyBank Center, his first full session since getting injured Oct. 22. He started skating with his teammates again Tuesday.

The Sabres said on Tuesday they expected Samuelsson to play again within two weeks.

“We are not in a position to rush (him),” Sabres coach Don Granato said following today’s practice. “I think he’s got to get his reps and feel good about and confident where he’s at. When that’s the case, he’ll go in.”

He added: “If he wants to go in, you’re going to have to convince me right now of that.”

The Sabres also play Tuesday against the Montreal Canadiens and Wednesday versus the St. Louis Blues.

In other injury news, Adams said the X-rays Eric Comrie underwent revealed more problems and the goalie will be sidelined “weeks.”

Comrie suffered a lower-body injury in Wednesday’s 4-1 road loss to the Ottawa when defenseman Rasmus Dahlin knocked Senators forward Mathieu Joseph into him.

The Sabres on Thursday recalled goalie prospect Ukko-Pekka Luukkonen to replace him.

Some other updates from Adams:

– The Sabres expect winger Jack Quinn to return on Saturday from an undisclosed injury that has sidelined him the last two games. The rookie has been dealing with an issue. His absence wasn’t related to getting hit in the head with the puck last Saturday.

– Winger Zemgus Girgensons, who left Wednesday’s game with an undisclosed injury, was in a better spot today. He will be evaluated again Monday.