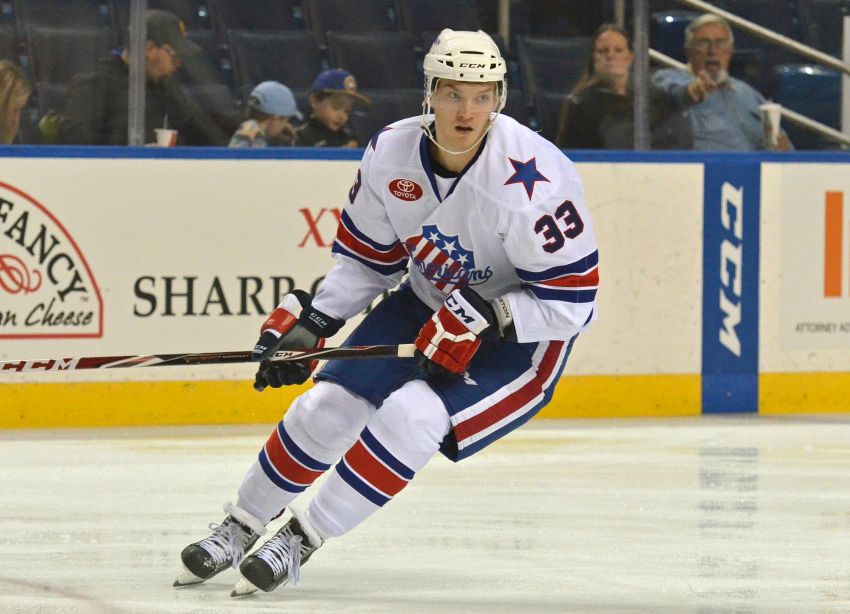 With injuries ravaging the Buffalo Sabres, the team recalled slick winger Joel Armia from the Rochester Americans today. The 21-year-old prospect will likely make his NHL debut tonight against the Detroit Red Wings.

The Finn, the 16th pick in 2011, has seven goals and 16 points in 21 AHL games this season. The Sabres wanted to recall Armia over the weekend but he had just returned from an upper-body injury. They didn’t want him to play three games in three nights.

Weber will likely play tonight. Some others could also return.

“(Armia’s) playing with two pretty good players,” Nolan told reporters in Detroit. “His hockey IQ is above average, so I just told him, ‘Give those guys the puck and try to find yourself in a position to get it back.’”

The Sabres now have eight players who are injured or ill. Nolan said Gionta, who left Sunday’s 4-3 overtime loss in Boston after Matt Bartkowski hit him high, isn’t concussed.

“It’s something else,” he said.

Nolan also said during his weekly radio appearance Foligno, who fought Bartkowski following the hit, could be out a couple of months after hurting his hand.

Nolan said Myers could play Saturday when the Christmas break ends. Weber was available Tuesday but Nolan wanted didn’t want to rush him back. Kaleta and Neuvirth returned Tuesday after the flu sidelined them last game.

In other news, Girgensons still leads the NHL in All-Star Game balloting with 1,291,186 votes, the NHL announced Tuesday. Chicago star Patrick Kane, the No. 2 vote-getter, has narrowed the gap a bit and has 815,990 votes.