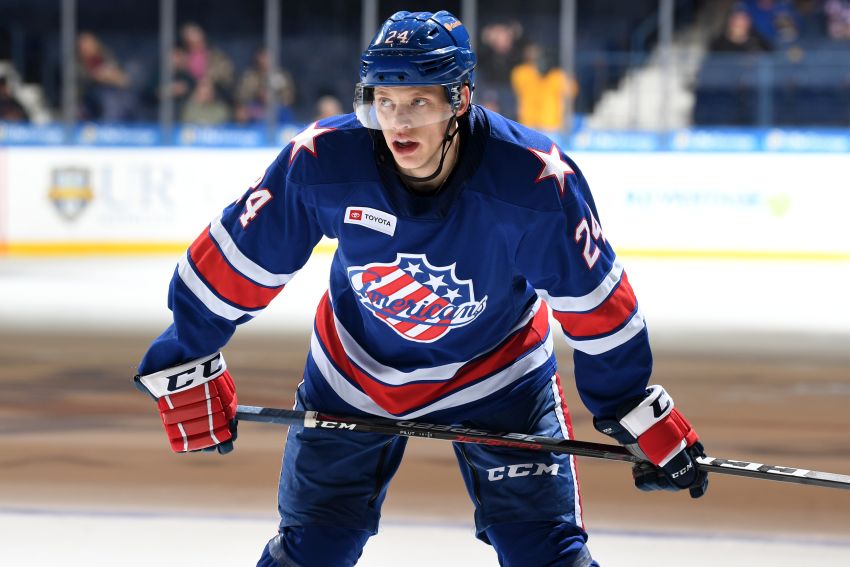 Lawrenc Pilut has been shuttling between Buffalo and Rochester. ©2020, Micheline Veluvolu, Rochester Americans

The Buffalo Sabres swapped defensemen with the Rochester Americans today, recalling Lawrence Pilut and sending John Gilmour back to their AHL affiliate.

Pilut, 24, has compiled zero points in 11 NHL games this season. He has produced offensively with the Amerks, scoring six goals and 23 points in 37 outings.

The Swede has been shuttling between Buffalo and Rochester over the past several weeks.

Meanwhile, Gilmour, 26, served as the Sabres’ extra defenseman during his recall. He scored zero points in four contests after starting the season in Buffalo. He has compiled six goals and 13 points in 32 appearances with the Amerks.