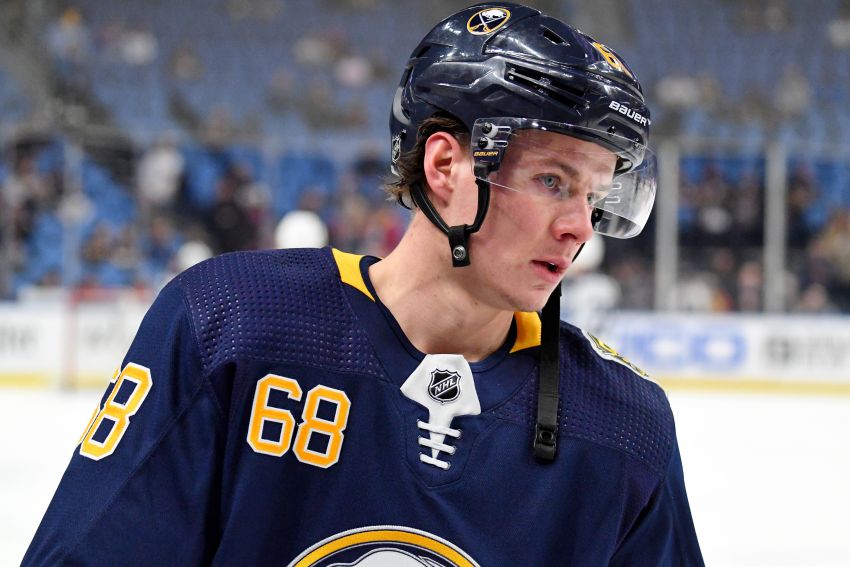 Victor Olofsson has been one of the NHL’s top rookies all season. ©2020, Micheline Veluvolu

Coach Ralph Krueger did not have an update on Olofsson, one of the NHL’s top rookies, following the Sabres’ third straight loss.

Krueger said the team will know more about the Swede’s injury today.

“We’ll evaluate exactly what the situation is,” Krueger told reporters in Arizona. “It was definitely a disappointing moment for the team and us here. We hope that it’s certainly not a serious situation.”

Olofsson’s injury certainly looked serious. With about 16:30 remaining in the second period, his lower body became tangled with Coyotes forward Brad Richardson in front of the Arizona bench. Olofsson tried hopping on one leg to get off the ice before going down and being helped up to the bench.

This is the second time in less than two months Olofsson has gotten hurt. A lower-body injury he suffered on Jan. 2 sidelined him 15 games.

Olofsson, 24, scored three goals and five points in his first three games back, including two goals in his return Feb. 13. He has cooled down, however, going pointless in the last five contests.

Overall, Olofsson has compiled 19 goals and 40 points in 50 games this season.

Victor Olofsson is in some trouble #Sabres50 #Yotes pic.twitter.com/1R7oGuWIhe