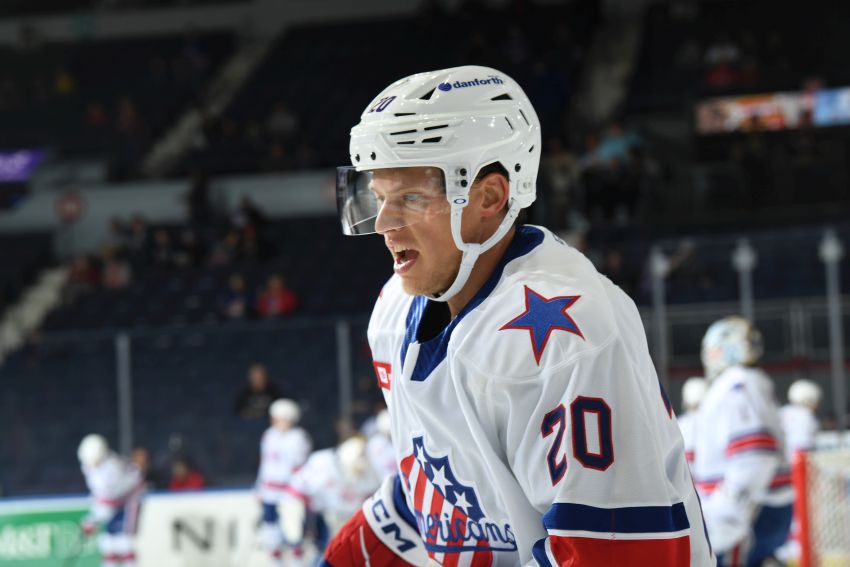 The Buffalo Sabres this afternoon recalled defenseman Lawrence Pilut from the Rochester Americans.

The Sabres, having lost Henri Jokiharju to an injury early in Thursday’s 6-3 road win over the Calgary Flames, had only five healthy defensemen on the roster.

Coach Don Granato told reporters following the game he did not have an update on Jokiharju, who was struck in the face by Sabres captain Kyle Okposo’s shot early in the first period.

Defenseman Ilya Lyubushkin left Tuesday’s 4-2 win against the Edmonton Oilers after he blocked a shot with his right foot. The Russian missed Thursday’s contest and is day to day.

The 5-foot-11, 184-pound Pilut, 26, has compiled two assists in three games with the Amerks this season.

The Swede returned to the Sabres organization this season following two years in the Kontinental Hockey League. He registered one goal, six points and minus-12 rating in 46 career NHL games.

The Sabres, who had today off, continue their four-game road trip Saturday against the Vancouver Canucks.

Update: Granato told reporters Saturday in Vancouver that Jokiharju has returned home and he doesn’t expect he will be sidelined a “long time.”

Jokiharju has been placed on injured reserve.

Meanwhile, Granato said Lyubushkin will play against the Canucks.

Jokiharju takes a puck to the face #LetsGoBuffalo #Flames pic.twitter.com/fXn8zSHvz7