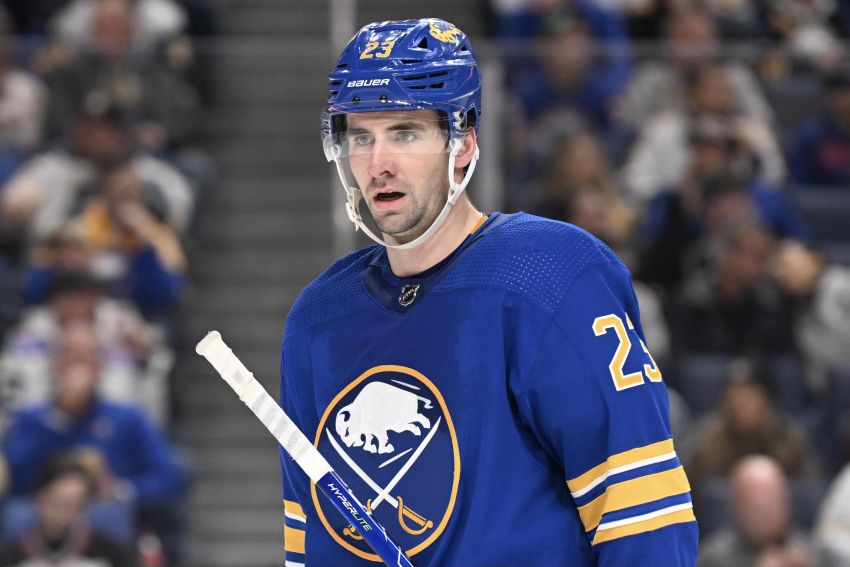 When Buffalo Sabres defenseman Mattias Samuelsson twisted his right leg and had to be helped off the ice early in Saturday’s second period, coach Don Granato said he was holding his breath.

“You’re wondering what kind of news you’re going to get,” Granato told reporters in Vancouver following the Sabres’ 5-1 win over the Canucks.

Granato said while the Sabres won’t know more about Samuelsson’ lower-body injury until today, the early word is “positive.”

“So much happier after I heard where he’s at,” he said.

Samuelsson, 22, departed the game 3:03 into the second period after getting tangled with Curtis Lazar as he checked the ex-Sabre into the end boards.

It marked the third straight game the Sabres have lost a defenseman to injury.

Henri Jokiharju left Thursday’s 6-3 win over the Calgary Flames after a puck struck him in the face. Ilya Lyubushkin exited Tuesday’s 4-2 victory against the Edmonton Oilers after blocking a shot with his right foot. The Russian returned for Saturday’s contest.

Granato told reporters Jokiharju has returned home and he doesn’t expect he will be sidelined a “long time.”

The Finn has been placed on injured reserve.

Right now, Lawrence Pilut is the Sabres’ only extra defenseman.