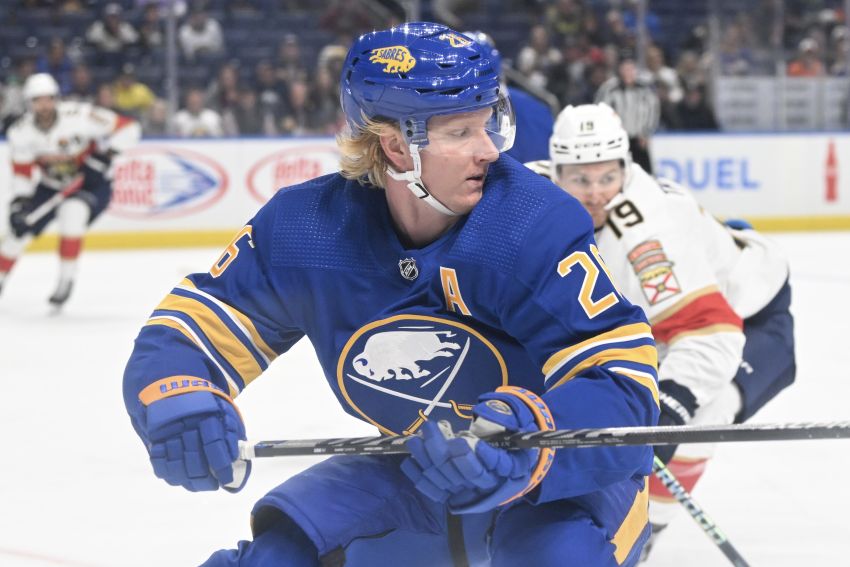 Dahlin, 22, scored again in Thursday’s 6-3 road win over the Calgary Flames, slipping into the slot and beating goalie Jacob Markstrom 10:49 into the game.

In putting the Sabres up 2-1, the Swede made history, becoming the first NHL defenseman to score a goal in each of his team’s first four games to start a season.

Dahlin became the second Sabres defenseman to register a four-game goal streak, joining Phil Housley, who compiled his run from Nov. 22 to 28 in 1988. Housley, coincidentally, was Dahlin’s first NHL coach.

Incredibly, Dahlin has scored eight times in 12 games dating back to April 12, the highest total among defensemen during that stretch.

With his goal tonight, he now owns the longest season-opening goal streak by a defenseman in NHL history. #LetsGoBuffalo pic.twitter.com/0dMUpsq3Eb