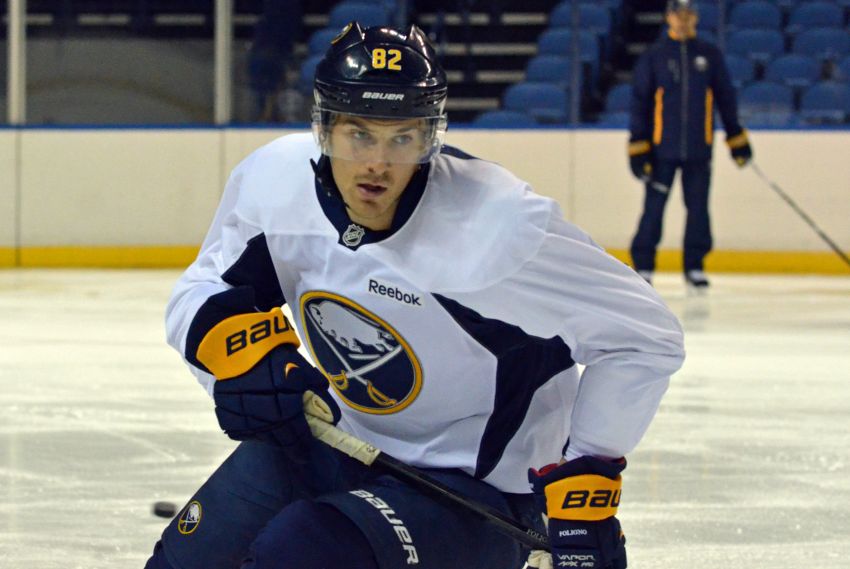 Foligno, who was injured last Sunday in Toronto, was placed on injured reserve Monday. The Sabres had to hit the 23-man roster limit by 5 p.m.

“I don’t think one day is going to help in terms of being ready,” Rolston said inside the First Niagara Center.

Larsson skated as an extra Monday, leading to speculation he could be sent down.

“I think everybody thinks it’s disappointing to go down,” Larsson said before Rolston said the Sabres didn’t need to make another move. “But I think I played good.”

Ristolainen, who will turn 19 on Oct. 24, is the team’s youngest player. At 34, defenseman Henrik Tallinder is the elder statesman. The team’s average age is 26.

In other roster news, 29-year-old defenseman Alexander Sulzer cleared waivers Monday and was assigned to Rochester with winger Luke Adam, who passed through Sunday.

One could be named today before the Sabres leave for Detroit

The NHLPA has approved the hybrid icing rule that was tested during the preseason. Instead of chasing down the puck, players will now race to an imaginary line in the faceoff dots. Linesmen must make a judgment call.

The league wants to eliminate serious collisions near the end boards.

Sabres defenseman Nikita Zadorov is still with the club. The 18-year-old’s out about two weeks after injuring his finger Friday. He could return to junior soon.