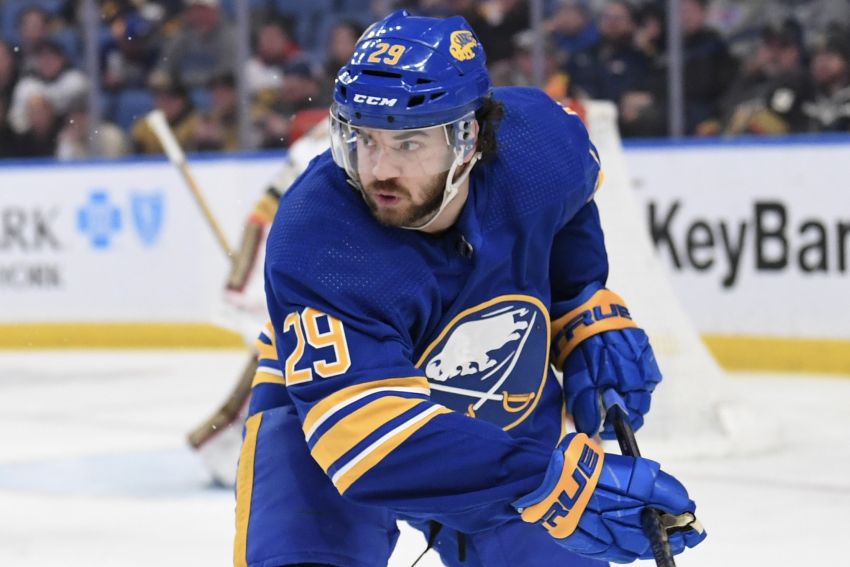 The Buffalo Sabres on Tuesday re-signed winger Vinnie Hinostroza to a one-year, $1.7 million contract and agreed to terms with goalie Malcolm Subban on a one-year, two-way deal worth $850,000 in the NHL.

Hinostroza, 28, compiled 13 goals, 25 points and a minus-11 rating in 62 games last season, establishing himself as a scoring threat on the Sabres’ third or fourth line. His 12 even-strength goals ranked fourth on the team.

The 5-foot-10, 177-pound Hinostroza signed a one-year, $1.05 million contract with the Sabres last July. He previously played for the Chicago Blackhawks, Arizona Coyotes and Florida Panthers.

Chicago drafted Hinostroza in the sixth round in 2012, 169th overall.

Meanwhile, Subban, 28, registered 0-2-1 record with a 4.85 goals-against average and an .871 save percentage in four games with the Sabres before undergoing season-ending wrist surgery in January.

The 6-foot-2, 215-pound Subban began last year with the Rockford IceHogs, Chicago’s AHL affiliate, before the Sabres acquired him on Dec. 2 in exchange for future considerations.

He stayed with the team, however, rehabbing in Buffalo. Prior to the season finale April 30, he stunned the crowd at KeyBank Center by singing the U.S. national anthem.

He might be ticketed for the Rochester, where he could share time in the Americans’ net with prospect Ukko-Pekka Luukkonen or another goalie.

Subban has compiled a 36-33-9 record with a 3.10 goals-against average and an .898 save percentage in 86 career NHL games. He has also played for the Boston Bruins, Vegas Golden Knights and Chicago.