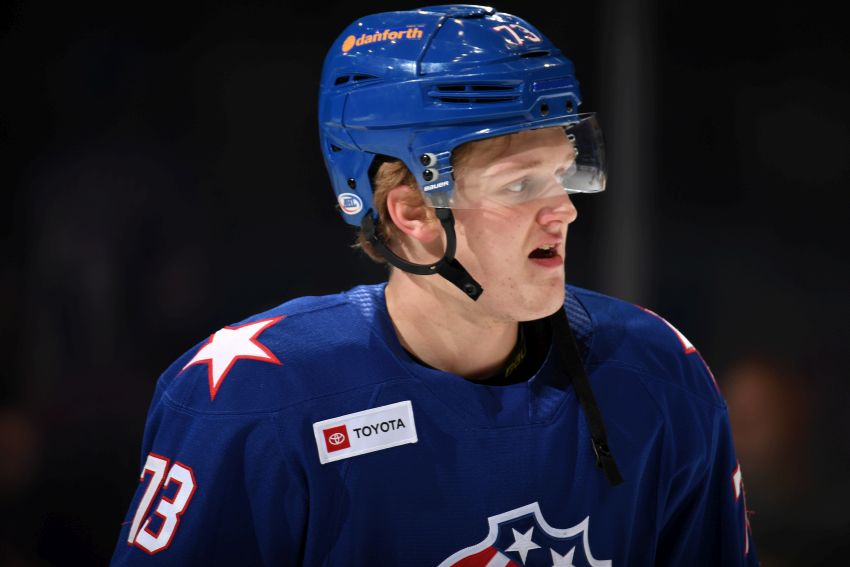 Mittelstadt, 22, struggled last season, compiling four goals, nine points and minus-5 rating in 31 NHL games before the Sabres demoted him.

In the AHL, Mittelstadt scored nine goals and 25 points in 36 outings but also generated a wretched minus-15 rating during his first stint with the Rochester Americans.

It’s unclear where Mittelstadt will land this season. The COVID-19 pandemic has forced the AHL to target a Feb. 5 start date, although there are doubts the league can play this season. NHL teams will also have taxi squads they can utilize this year.

Mittelstadt, the eighth overall pick in 2017, joined the Sabres late in 2017-18 following his freshman season at Minnesota and just month after a dynamic performance for Team USA at the World Junior Championship in Buffalo.

He mostly enjoyed regular duty for the next season and a half, playing 114 NHL contests.

But as he morphed into a healthy scratch last year, the Sabres decided he must play games to buoy his development. On Dec. 15, 2019, they sent him down. He hasn’t played in the NHL since earlier that month.