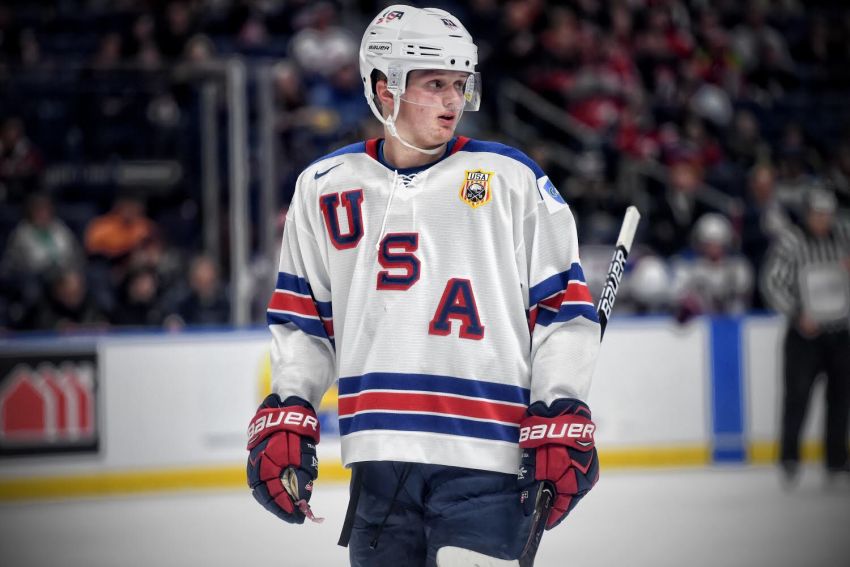 BUFFALO – Casey Mittelstadt had seen his name and number in a crowd before. The slick Sabres prospect said some super fans sported his jersey at Eden Prairie High School in hockey-mad Minnesota.

Still, that pales in comparison to spotting his name and No. 11 on Team USA jerseys in the stands throughout the just-completed World Junior Championship.

Yes, some fans have already invested three figures for a jersey of the University of Minnesota freshman center.

Despite the low turnout for games at KeyBank Center – a crowd of 7,122 was announced Friday – Mittelstadt said Buffalo welcomed Team USA.

Clearly, some fans can’t wait for Mittelstadt, the eighth overall pick in 2017, to arrive in town.

It can be argued Mittelstadt was the World Juniors’ MVP. His dynamic goal against Slovakia might’ve been the tournament’s top highlight.

Showcasing those skills against the world’s best teenagers left some observers wondering if Mittelstadt could be an NHL-ready talent. These days, top prospects rarely spend more than a year or two in college.

“Obviously, being drafted here, being here, I think it probably crossed my mind,” Mittelstadt said of what it would be like to play in Buffalo.

But Mittelstadt kept those thoughts to a minimum. He said he focused on a gold medal, which Team USA couldn’t capture after winning last year.

Instead, Mittelstadt stayed in the moment, enjoying perhaps his happiest days in hockey.

“Getting to know all these guys, catching up with old friends I knew really well when we were younger made it a blast,” he said. “Everything these past few weeks have been some of the best weeks of my life, some of the most fun I’ve had playing hockey and getting to know these guys. It was definitely crazy, but I loved it.”

“To wear the USA sweater is something I’ll cherish and I’ll for sure miss,” said Mittelstadt, who will be too old to play in the tournament next year.

Mittelstadt believes the last two weeks have made him a better player. He just doesn’t know how yet.

“Right now, after the tournament, I couldn’t put my finger on one thing, but I’m sure I’ll go back and remember, ‘Oh, I learned that at World Juniors,’ things like that,” he said.

Mittelstadt said he could play for the Golden Gophers again this weekend.