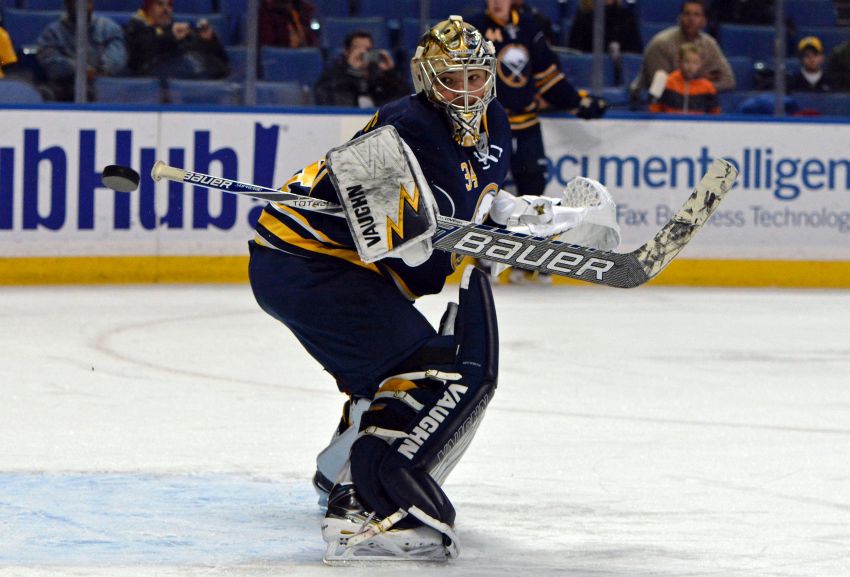 “Our defense corps was a little bit in disarray for a while, and those two were probably our two shining lights,” Nolan said this morning inside the First Niagara Center.

The struggling Sabres desperately need another strong defense pair, so with Ristolainen back from the flu, the youngsters will be reunited tonight against the Florida Panthers.

“I’m really excited,” said Ristolainen, who missed two games. “I like to play with him.”

Zadorov struggled a bit without Ristolainen, his regular partner since November.

“I don’t know if it’s without him or the fact that he’s a young player, he’s going to have those moments,” Nolan said about Zadorov.

Ristolainen played more than 26 minutes in each of the three games before he left early Saturday. He’s ready for lots of ice.

“I think I can play,” Ristolainen said. “I’m in great shape, I really enjoy if I get more and more minutes.”

He added: “I’m not the type of guy who likes to just sit down and rest.”

The Czech has patiently waited for his opportunity.

“(Goalie coach) Arturs Irbe’s done a great job with him as far as talking and communicating with him that Jhonas (Enroth) is playing very well,” Nolan said. “It’s tough to get him in.”

In other news, defenseman Tyler Myers will miss his sixth straight game tonight (lower body). He skated this morning and said he could play next week. Check back soon for a full blog on Myers.