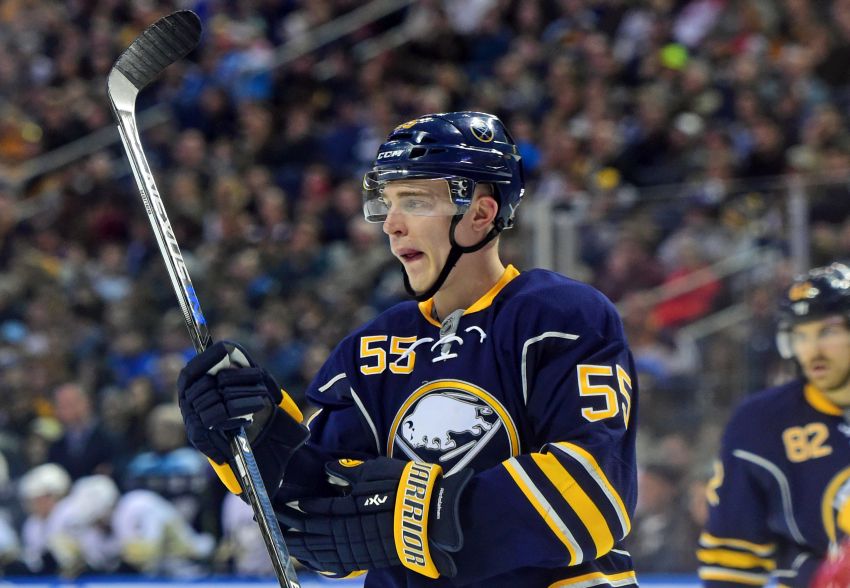 BUFFALO – Forget, for a moment, that Sabres defenseman Rasmus Ristolainen has a minus-6 rating in the last five contests and hasn’t scored a goal in 22 games.

Ristolainen, 21, has mostly enjoyed a stellar campaign, becoming his team’s ace defender while skating more than 25 minutes a game. Finland rewarded Ristolainen’s breakout season today, naming him to its initial roster for the 2016 World Cup.

Ristolainen, having scored the winner that clinched world junior gold two years ago, is already a hero in his country.

“It’s deserved,” Sabres coach Dan Bylsma said. “(I’m) real happy for him. He’s a young player, but coming into his own this year, he’s stepped from being a younger player into a full-time, legitimate NHL player.”

Ristolainen has eight goals, 35 points and a minus-18 rating in 64 games this season. He ranks third on the Sabres in scoring.

Still, Ristolainen has clearly slipped recently. He hasn’t scored since Jan. 12, a stretch in which he has only seven assists.

“It’s not there where it should be,” Ristolainen said. “The start of the year was good.”

What has happened? Ristolainen said he doesn’t feel fatigued.

Bylsma said the coaches have spoken to him about his struggles over the last 10 or 12 games.

He added: “Maybe less is more from him right now in his game and what he’s trying to accomplish.”

General manager Tim Murray said earlier this week the Sabres haven’t had any discussions about a new contract with Ristolainen, a restricted free agent following the season.

Ristolainen seemed aware of Maatta’s new deal, which could set a benchmark.

Meanwhile, rookie center Jack Eichel, who almost scored in overtime before Connor McDavid, the phenom picked ahead of him, netted the winner, had “his best practice in a while,” Bylsma said.

“I thought he showed a lot of spunk and a lot of speed in practice today,” he said. “I was wondering if it was in response.”

Eichel is expected to be named to the North America Under-23 team for the World Cup later today.

Update: Eichel has officially been named.