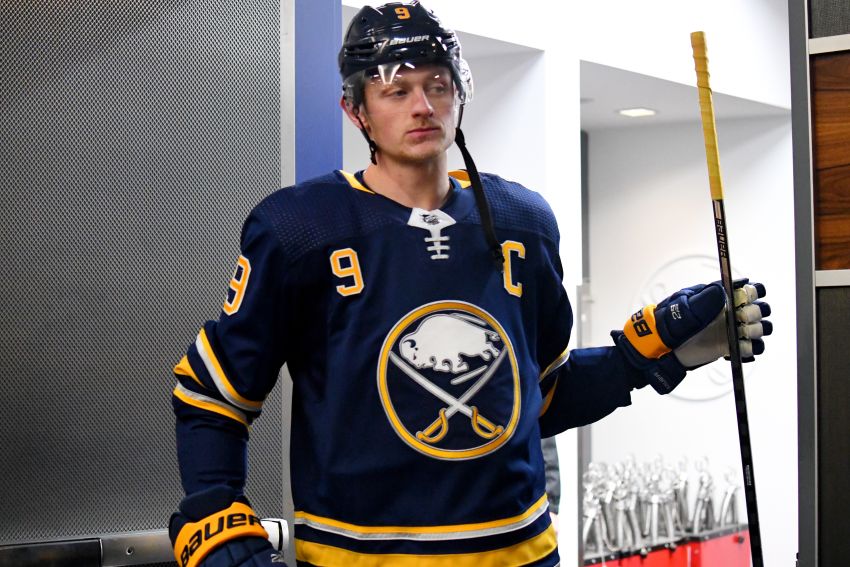 Through 55 appearances, Eichel has averaged a whopping 22:08 – 18 seconds less than Draisaitl.

With very few scoring options at his disposal, Sabres coach Ralph Krueger has been running Eichel ragged, skating him at least 20 minutes in 23 straight outings. The ultra-talented center has played 23 minutes or more in five of the last eight contests.

On Sunday, the Sabres spent the final 28 minutes pressing for the tying goal, so Krueger kept sending out his leading goal scorer and point producer.

Krueger called Eichel’s hefty ice time – a Sabres forward hadn’t played that much since Miroslav Satan on Nov. 15, 2002 – an “aberration.”

“We did everything possible like we do every night to win,” Krueger said after the Sabres prepared for tonight’s game against the Detroit Red Wings. “A tired Jack Eichel on the ice right now increases our chances of scoring. So most of those minutes were down in the last five, six minutes. It was pushing him. We’re communicating all the time. There were a lot of timely timeouts there. He was at either end of the timeouts in the third period and that can happen.

Krueger said Eichel, who has scored 31 goals and 69 points and generated MVP talk this season, had no problem handling the bump Sunday.

“He’s an unbelievably conditioned athlete,” he said. “He does a really good job of using days off. I knew we had a complete day off yesterday, and we went all in. It didn’t work, but we tried.”

In other news, goalie Carter Hutton (family matter) and center Marcus Johansson (sick) will both return tonight after missing Sunday’s game. Hutton made 37 saves in Friday’s 3-2 road win against the New York Rangers, earning his eighth win this season.

Krueger said the Sabres will dress seven defensemen and 12 forwards for warm-ups and finalize the lineup later.

Update: Defensemen Zach Bogosian and Lawrence Pilut will be healthy scratches. The Sabres will use six defenders.

Krueger said they’re both “still a few games away.”

The Red Wings defeated the Sabres 4-3 in overtime Thursday.