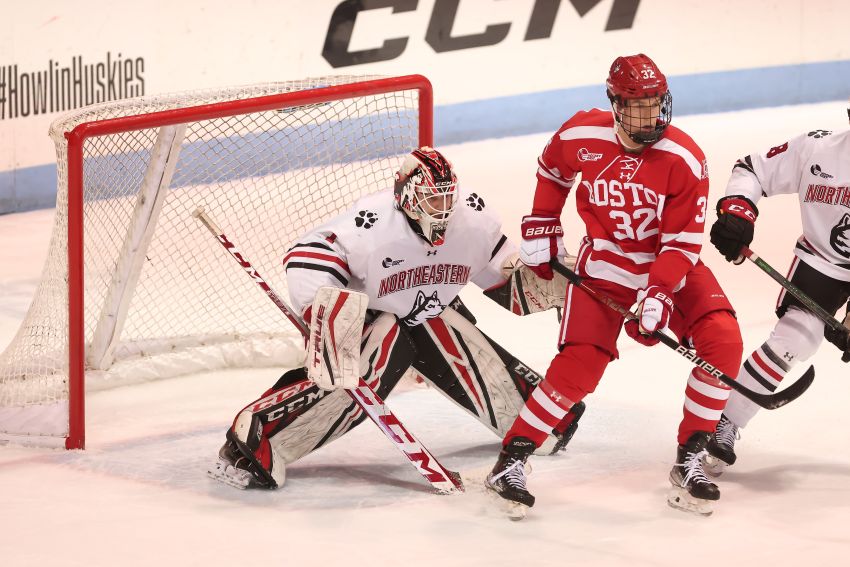 Power, 19, has established himself as one of the NCAA’s most dynamic players, showcasing a mature game for Michigan that belies his limited experience as a sophomore. Meanwhile, Levi, 20, has quickly developed into arguably college hockey’s best goalie in his first season for Northeastern.

“It’s just an incredible honor,” Sabres general manager Kevyn Adams said on a Zoom call Tuesday of the prospects having a chance to represent their country.

The youngsters’ unique experience in China next month should last a lifetime.

“There’s no Olympian that would probably be able to tell you that there wasn’t some life-changing component to becoming an Olympian and going through that experience,” Sabres coach Don Granato said. “So to have two young, talented guys like that have that opportunity is a real bonus for us for as an organization, and certainly, because they’re great kids, we’re happy for them.”

While Power and Levi are both high-end prospects expected to play in the NHL someday – Power could be in Buffalo by the spring – they’ve taken different paths to college hockey and the Olympics.

Yes, they’ve both starred for Canada in the past. Power recorded three goals and five points in two games last month before the COVID-19 pandemic forced the World Junior Championship to be canceled. Levi was named the tournament’s best goalie in 2020, winning a silver medal and posting a minuscule 0.75 goals-against average.

But Power, the first overall pick by the Sabres last season, has been the can’t-miss kid for years. Levi’s journey has been much more arduous.

Two years ago, the 6-foot, 190-pound Levi was tending goal for the Carleton Place Canadiens, a Junior A team in the Central Canada Hockey League. The Florida Panthers drafted him in the seventh round in 2020, 212th overall.

Levi was a relative unknown until his exploits at the World Juniors – he wasn’t even invited to the country’s summer camp before the tournament – made him a household name in Canada. But he only played seven games last season, all of them for Canada.

When he returned to campus following the tournament, a rib he had fractured playing for Canada ended his freshman season early.

Levi, acquired last year in the Sam Reinhart trade, did not make his college debut until Oct. 2.

In his first 24 games with Northwestern, he has registered a 16-7-1 record with 1.55 goals-against average and a .948 save percentage.

Adams credited the Sabres’ development and scouting staffs, including Seamus Kotyk, their goalie development coach, for insisting he needed to pry Levi away from the Panthers.

“But we did not want to compromise, because we really did believe this player could be something special,” he said. “What he’s done this year in college is pretty remarkable.”

Adams said Levi’s approach and habits have buoyed his success.

“Where he’s really been impressive from our player development staff is just his attention to detail, his preparation, and he believes in himself,” he said. “He’s not a big guy in stature, so he’s had to work for everything that he’s earned.”

The 6-foot-5, 214-pound Power has also improved this season. While he possessed the size and skill to play in the NHL, he elected to return to Michigan to experience another year of college and try to win a national championship.

So far, Power has compiled three goals, 26 points and a plus-21 rating in 24 games for Michigan.

Adams said Power is “extremely self-aware of his game.”

“Whenever I go watch him play and I talk to him after a game, he immediately gives a breakdown of his games,” he said. “‘I liked what I did here, I think I need to do better there.’ It’s impressive at a young age to see that. And I think part of his mindset of going back for this year was to grow and he’s attacked the season.”

Adams said he has had conversations with Pat Brisson, Power’s advisor, about the defenseman’s future. While Adams wouldn’t confirm it, it’s believed Power will likely sign with the Sabres after his college season ends.

“I just want to let him focus on today and over these next few weeks, let him do his thing,” Adams said.

Staal, Adams’ ex-teammate with the Carolina Hurricanes, had a 32-game stint with the Sabres last season before they traded him to the Montreal Canadiens.

“Who he is as a person, the leader he is, I am so excited for Devon and Owen to spend that time just being around him,” Adams said. “And I know there’s other good people in that locker room as well. But just the day in and day out, picking someone like that’s brain that’s played that long and won Stanley Cups and Olympics and other things that he’s done, how he prepares for games.

“I said this last year, I think just (Sabres center) Dylan Cozens sitting next to Eric in the locker room is something that he’ll carry with him the rest of his career and I’m really excited for our two guys to have that.”

Staal, a veteran of 1,293 NHL games, won an Olympic gold medal with Canada at the 2010 Vancouver Games.

The NHL on Tuesday pushed back the start of the Heritage Classic outdoor game between the Sabres and Toronto Maple Leafs on March 13 one hour to 4 p.m.

Adams said despite attendance restrictions in Ontario because of the pandemic, the game, scheduled for Tim Hortons Field in Hamilton, is “full steam ahead.”

“All signs indicate that we’ll be playing,” he said.