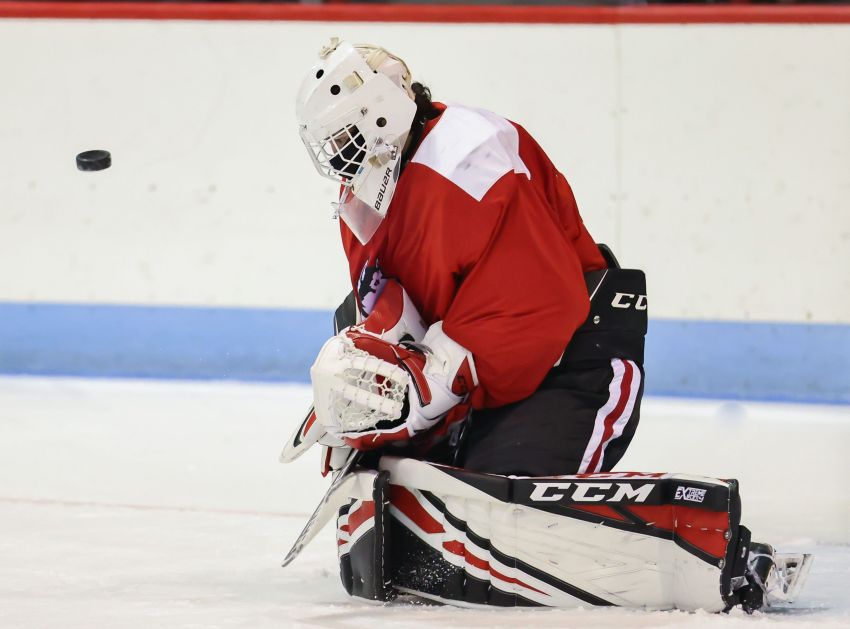 Devon Levi has become one of the NCAA’s elite goalies. ©2022, Jim Pearce, Northeastern

Both youngsters have enjoyed standout seasons, establishing themselves as two of the NCAA top talents.

Meanwhile, Levi, who was acquired from the Florida Panthers last year, has developed into one of college hockey’s best goalies in his first season. The 6-foot, 190-pound Levi, 20, has registered a 16-7-1 record with 1.55 goals-against average and a .948 save percentage in 24 games with Northeastern.