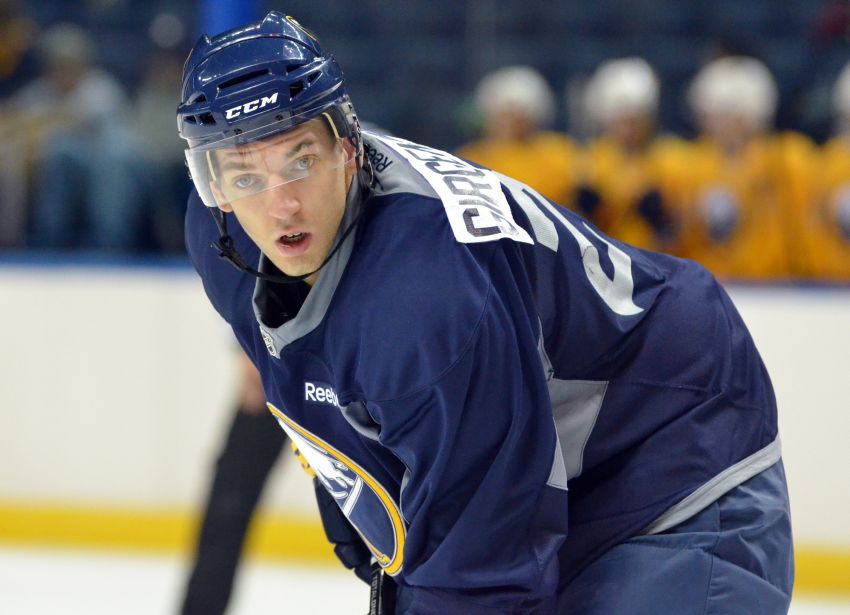 A second later, the Latvian whistled a shot by goalie Zachary Fucale’s glove from the faceoff dot, the second goal of his NHL preseason debut.

“I was pretty happy with myself,” Girgensons said this afternoon inside the First Niagara Center. “Probably at the start of last season, the second goal I would’ve put in the netting up there, given a souvenir to a fan.”

“Watching him in the playoffs in Rochester, he had a lot more purpose to his game offensively,” Sabres coach Ron Rolston said. “So he was kind of playing with other players, playing off them – give and goes, what holes to jump in. Where early on it was more open the door and just go around and be physical and do his job. Not as much purpose.

Girgensons, the 14th overall pick in 2012, spent much of the summer focusing on his offense.

In other news, the Sabres sent five players – forwards Justin Bailey, Nicholas Baptiste, Justin Kea and Logan Nelson and defenseman Connor Boland – back to their junior clubs. The team has 56 players left in camp.

Check back later for a full story on Girgensons!