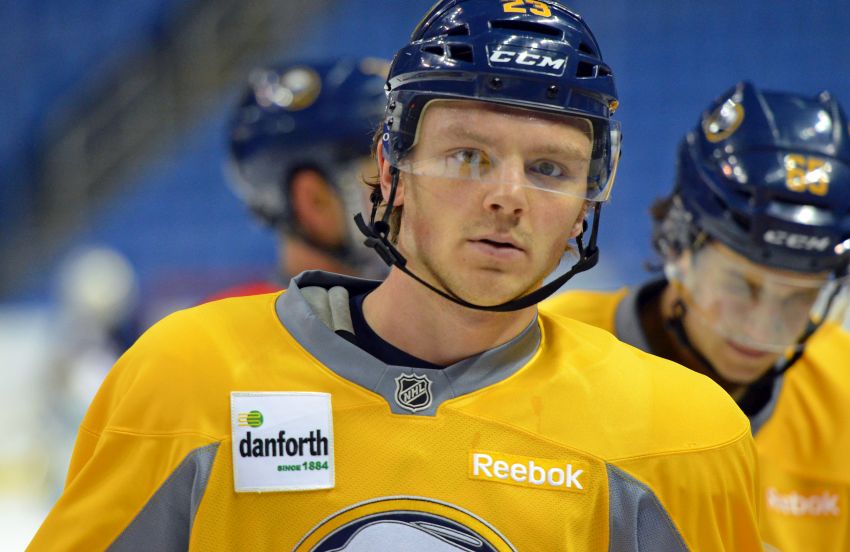 The prospects don’t have much of a rivalry, though.

The two once roomed together at a Team Canada event. They also got to know each other well leading up to the draft. There’s a mutual respect between the two.

The youngsters might not see much of each other tonight, however.

“It’s different,” Reinhart said about playing less. “There’s no question I’m used to playing a lot more and getting a lot more opportunities, and I was aware if I was still to be here tonight, it would have to be an adjustment. I’m trying to go through that now.

“Last game, obviously it was important to get the win. But I think I handled it well. I was able to observe a little bit more. Even when it was my time to get out there, I was ready to battle and compete.”

What else did Reinhart learn from the limited ice time?

“I think just the compete level and the intensity of the game,” he said. “I think it’s a different thing you can learn as opposed to watching it from up top.”

In other news, Sabres coach Ted Nolan said Mark Pysyk was assigned to Rochester on Thursday mostly for conditioning purposes. The defenseman injured his shoulder during his first preseason shift.

“We’re never concerned with Mark’s ability to play in this league,” Nolan said. “Now, we just got to get him some games and hopefully get him back here quick.”