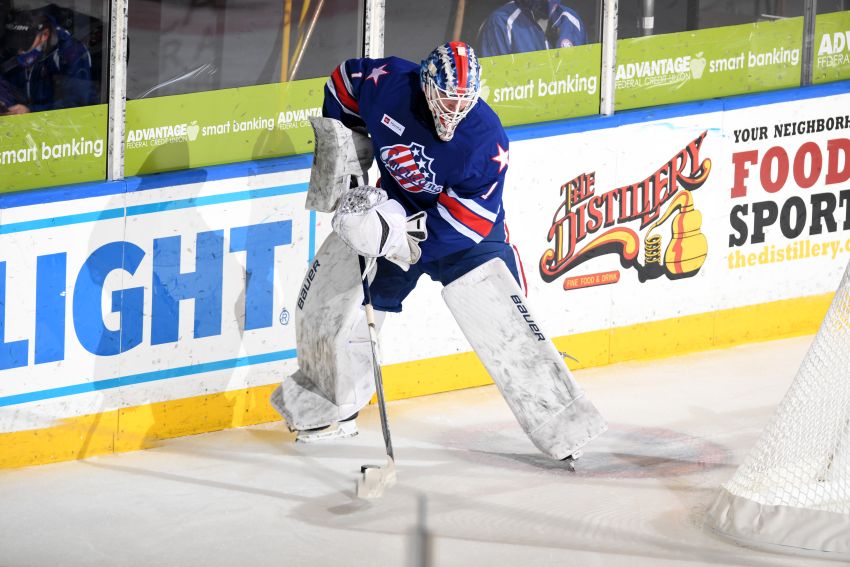 Dustin Tokarski will play tonight versus the Bruins at KeyBank Center, giving Luukkonen, 22, another opportunity to watch a game from the bench as a backup.

The Finn dressed for his first NHL contest Tuesday, a 2-0 loss to the Bruins.

“It’s better for UPL to see one more night,” Granato said on a Zoom call. “It was going to be a split anyway, we felt, and give (him) another night from the bench. I think that’s good. He’ll be in there tomorrow, that’s the plan.”

Granato believes learning the daily routines and getting to know his teammates will benefit Luukkonen.

“I mentioned how important I thought that was to give him that time to acclimate, sit through meetings,” Granato said. “There has been a blend, you see him talking to guys – older guys or a mix of guys, a natural progression in that, which I think is a big part of this. The other guys invested in his first start, maybe they block another shot, maybe they work a little harder and concentrate a little more. So I think that all factors in.

“The biggest thing is his comfort level increases every day. So that’s more of what goes into this decision. Because of the back-to-back, it just makes sense to give him another day for all of that to hopefully improve even more.”

The Sabres recalled Luukkonen from the Rochester Americans on Saturday.

In other lineup news, Granato said defenseman Will Borgen, who has missed the last 32 games after fracturing his right forearm, will return tonight.

To make room, the Sabres will scratch defenseman Colin Miller.