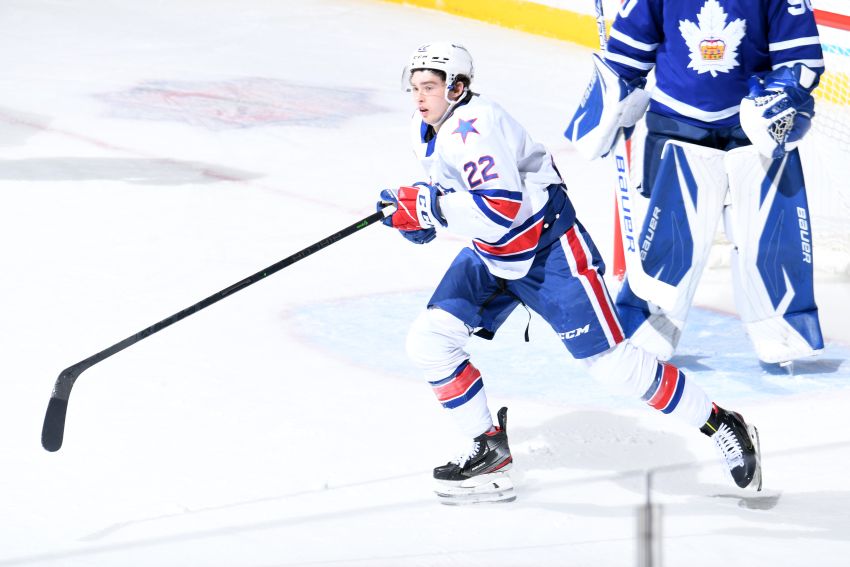 “If everything goes well physically in his reacclimatization to more exercise this weekend and contact at some point next week, I think there’s a chance that maybe next weekend he’s in the lineup,” Appert told the Times Herald.

Appert said Quinn, 20, has been participating in rehab skates and staying on the ice before practice to shoot on the goalies.

The rookie winger got off to a torrid start this season, scoring 11 goals and 24 points in 17 games. He has missed the last seven contests.

Despite having last played Nov. 27, Quinn has scored the fourth-most goals in the AHL.

Quinn, the eighth overall pick in 2020, recently returned to Rochester after spending time at home in Ontario.

The Amerks start a two-game road trip Saturday against the Springfield Thunderbirds.

Quinn could return Jan. 7 when the Amerks host the Hartford Wolf Pack or for their Jan. 8 road game against the Syracuse Crunch.