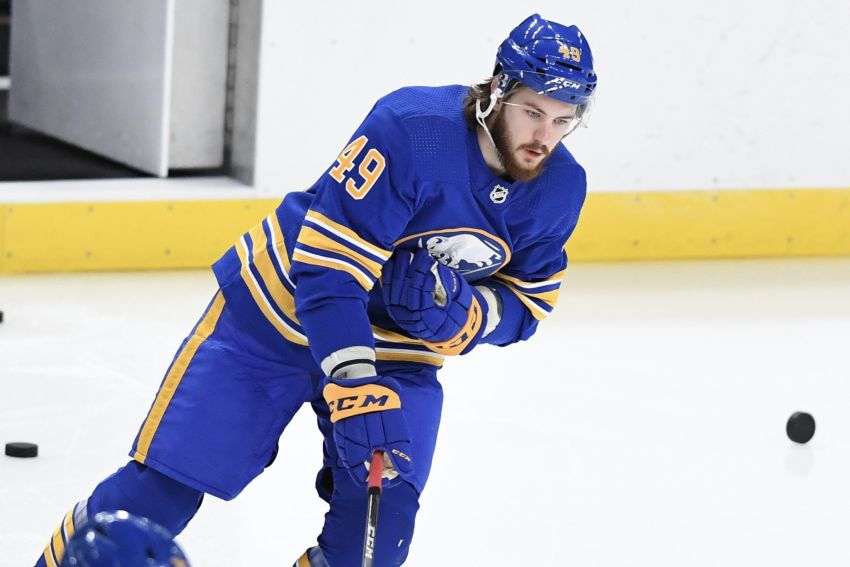 The Buffalo Sabres this morning reassigned defenseman Oskari Laaksonen and forwards Ryan MacInnis and Brandon Biro to the taxi squad.

All three players have spent this season with the Rochester Americans.

The Sabres, who begin a two-game road trip tonight against the New York Islanders, need reinforcements. Right now, they have six players in the NHL’s COVID-19 protocol. They’ve recalled five players to the active roster this week.

They did not have any extra players for Wednesday’s 4-3 loss to the New Jersey Devils.

Laaksonen, 22, has scored two goals and 15 points in 23 games this season. The Sabres drafted the Finn in the third round, 89th overall in 2017.

MacInnis, 25, has recorded five goals and 15 points in 24 contests this year. He signed one-year, two-way contract during the offseason.

He played 26 games for the Columbus Blue Jackets over the past two years, registering one point.

Biro, 23, has compiled three goals and 12 points in 19 outings this season. He signed as a free agent with the Sabres in 2020 after playing four years at Penn State.

One thought on “Sabres add three Amerks to taxi squad”