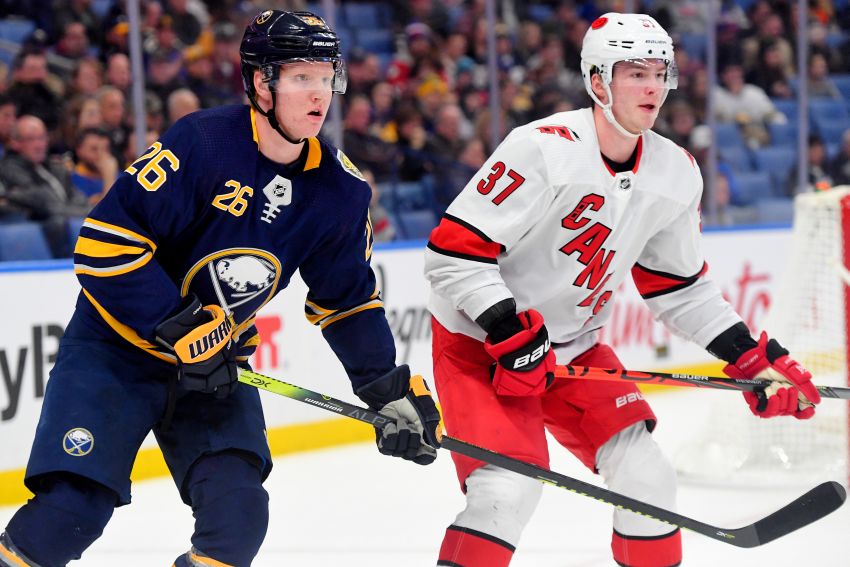 BUFFALO – The concussion defenseman Rasmus Dahlin suffered in Monday’s 5-2 loss to the Tampa Bay Lightning will sideline him indefinitely, the Sabres announced this morning.

“We’re just going to accept the result as it is,” coach Ralph Krueger said after the Sabres prepared for tonight’s game against the Calgary Flames at KeyBank Center. “Again … you would always rather have the five minutes in the game because the suspension doesn’t do us any good. But we’ll just accept it now for what it is.”

Cernak wasn’t penalized on the play. The Sabres did not respond to the hit.

The Sabres, however, received some good news this morning. Forward Marcus Johansson, sidelined the last seven games with an upper-body injury, will return tonight.

He added: “The calmness of his personality and the experience, it’s definitely good to have Johansson back.”

Johansson, who played center 17 games, skated as a winger this morning beside center Casey Mittelstadt and Jimmy Vesey.

The Sabres have been dressing seven defensemen and rotating some in and out. Based on this morning’s skate, it was unclear who could be the odd man out tonight.

“We walked into this stretch of our season saying that we have a wealth of defensemen that are good National Hockey League defensemen and we will be sitting different bodies out at different times, and that’s all we’ve been doing is rotating,” Krueger said. “Each and every one of them that is sitting out has been excellent and professional and learning from also being able to be an observer.

“I think for McCabe it was good to sit and watch that one and he’ll come back stronger tonight, I’m sure. But it’s more looking at our workload and our D’s workload right now that we spread the energy out.”

In other lineup news, forward Jean-Sebastien Dea said he will play tonight. The Sabres recalled Dea on Monday before scratching him.

Goalie Linus Ullmark will start, his 12th nod this season and fourth in the last five games.