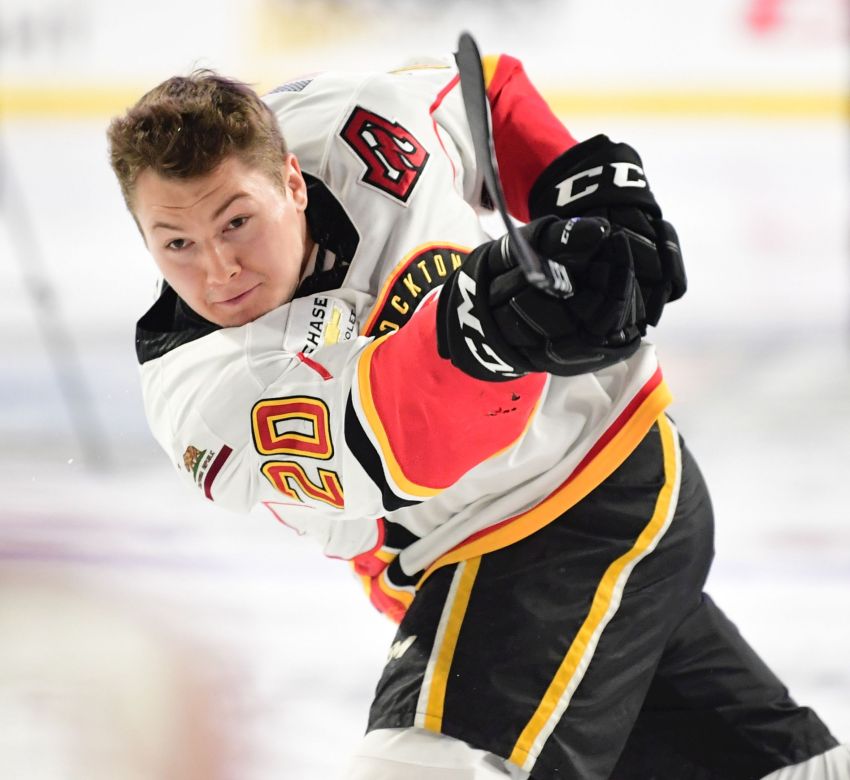 Curtis Lazar has spent most of his pro career in the NHL. ©2019, Hickling Images

The 6-foot-2, 223-pound Hammond spent last season with the Iowa Wild. He has also played for the Colorado Avalanche.

Luukkonen and Jonas Johansson, another young goalie, both underwent surgery earlier this year. Botterill said the Sabres don’t want to force them into NHL action.

“This was something we really wanted to focus in on and make sure we wanted to cover ourselves there,” Botterill said of adding a third netminder. “You look at Andrew’s past success in the American Hockey League and whenever he’s gone up to the National Hockey League, he’s also had success.

“We just wanted to get more strength in our organization in case we do run into injuries. It gave us more depth.”

The other one-way signings the Sabres made Monday:

“What we like a lot about his game is certainly the threat with his big shot, just his ability to skate, his ability to get up in the play,” Botterill said.