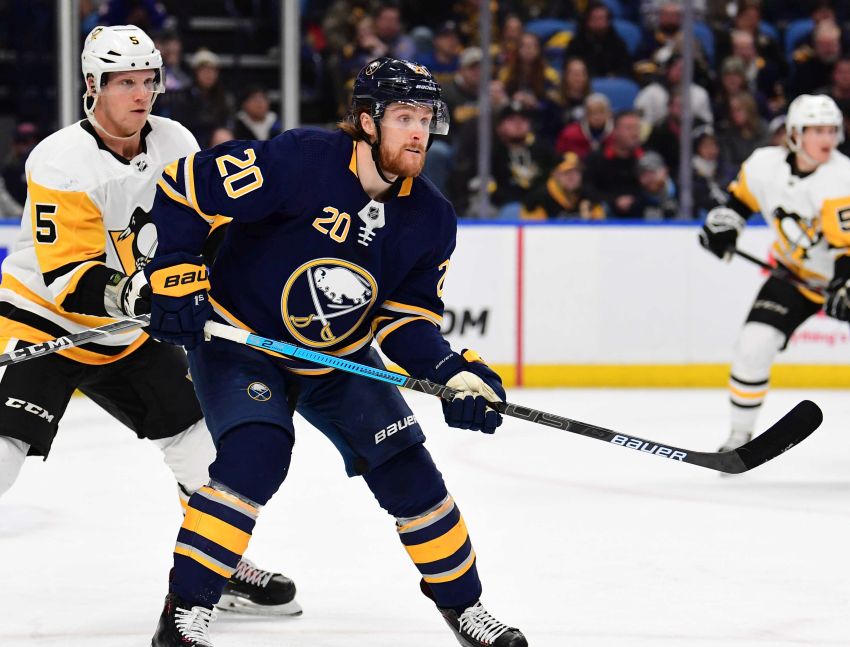 But Wilson, who faced his old team, the Pittsburgh Penguins, for the first time Friday, broke his right ankle Sept. 30. After missing more than three months, he needed to play games.

“You got to take it day-by-day,” Wilson said prior to Friday’s 4-3 overtime win inside KeyBank Center. “I think sometimes I’d wake up and I wouldn’t be feeling good with regards to my foot and stuff. Some days I was feeling better. Kind of once you kind of string a few together and not have too many of those days that you’re feeling a little bit off, you kind of get (on) a roll.

“He’s done a terrific job down there in his game and developing his game,” Housley said. “But I really like the way he’s brought it since he’s been here. He’s creating offense down low, he’s finishing his checks, he’s tough to play against. He’s a very reliable player.”

Sabres goalie Carter Hutton, who left Thursday’s practice early after he tweaked something in his lower body, dressed for the game.

Notes: The Sabres scratched Casey Nelson again. The defenseman has sat out six straight games since returning from an AHL conditioning assignment. Nelson hasn’t played an NHL contest since Dec. 4, when he suffered an upper-body injury that sidelined him more than two months. … The NHL honored linesman Brad Kovachik for his 1,500th game prior to the opening faceoff. … Brandon Montour played his first home game with the Sabres on Friday and recorded his first point, an assist, on winger Conor Sheary’s power-play goal. Montour scored the tying goal late in the third period. The defenseman is the first player in franchise history to wear No. 62.