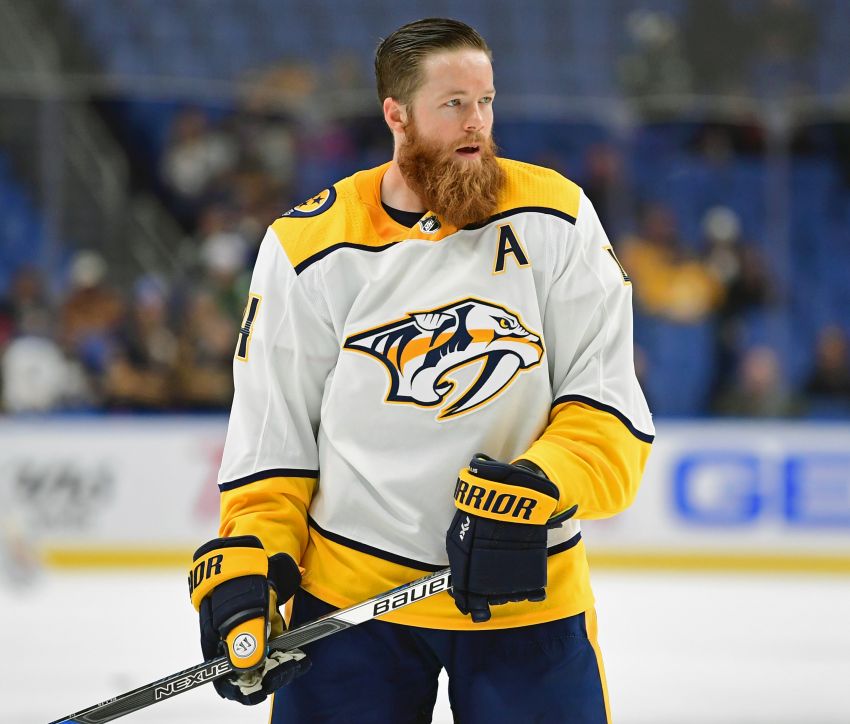 “He was always kind of there,” Ellis said prior to Monday’s 4-0 win against the Sabres, Housley’s first meeting against his old team. “He was like the calming influence.”

Okposo was a 19-year-old who had just left the University of Minnesota during his sophomore season to pursue his NHL dream.

“(I remember) Bill Guerin saying, ‘You only play your first one once, kid, so enjoy it,’” said Okposo, who returned from a concussion Monday after missing three games. “That was kind of my welcome to the NHL moment.”

“I kind of had an inkling that they were going to call me up for the last nine games,” Okposo said. “It was really special. I left school halfway through the year, tough decision, but I was really close to realizing my dream.”

In Okposo’s debut, teammate Rob Davison scored an infamous 197-foot goal, bouncing the puck past Leafs goalie Vesa Toskala from his own zone.

“Penalty kill, just a bouncer on Vesa Toskala,” Okposo said. “That was that game. For me, I was just so nervous. It was a pretty uneventful game for me personally.”

Former Sabres coach Ted Nolan was leading the Islanders then.

The Sabres made one paper transaction prior to the game, recalling winger Justin Bailey. They sent the youngster to the Rochester Americans on Sunday so he could “serve” his one-game AHL suspension.